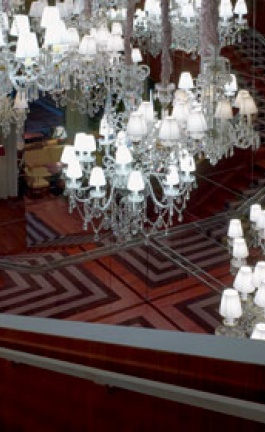 The come back of Le Royal Monceau 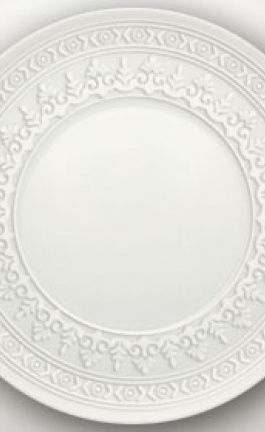 Ben Alun-Jones is young designer and qualified engineer currently studying at the Royal College of Art. His latest work is an attempt at the impossible: invisibility. 'There is something of an ideology in chair design,' he explains, 'that really what you want to sit on is nothing - like you're supported by air. That's how I began creating a chair that, in a way, wasn't there.  A structure made out of light.'

The 'Affinity Chair' is unlikely to win any prizes for comfort, but it pulls off an impressive vanishing act.

Plastic acrylic sheet and one-way mirror film are used to create a structure that reflects and merges with its surroundings. The chair not only responds to and camouflages itself to match its environment, it also interacts directly with the sitter: sensors activate pulsing LEDs hidden within its frame that quicken like a heart beat as it is approached. The effect is eerie: as the chair is lit from within, its reflective surfaces becomes transparent and all its edges are illuminated. The chair's disappearance is an attempt at escape; yet this strangely animate object remains rooted to the spot, it’s vanishing body revealing a further hidden space within.

Alun-Jones' explains his work as using technology itself as an artistic medium to challenge existing perceptions. His materials are unconventional - LEDs, ultrasonic sensors, custom-built and programmed circuit boards. The result is new, challenging, and anything but robotic.