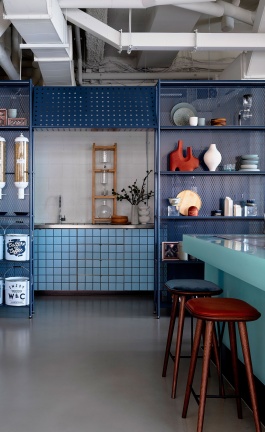 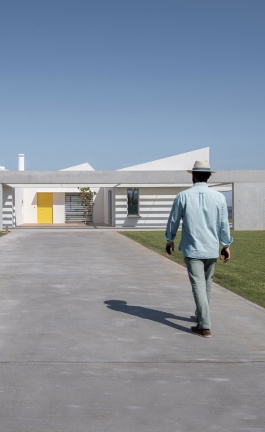 Courtesy the artist and Lisson Gallery.

Something interesting seems to emerge every time contemporary art is displayed in a classical context. The encounter unavoidably produces a series of aesthetic and formalistic juxtapositions but it also initiates, if the match is clever, a dialogue that can draw unexpected connections and reveal alternative interpretations. Such is the case with Anish Kapoor’s exhibition at Houghton Hall in Norfolk where some of the Turner-prize winner, London-based artist’s most seminal works spanning the past 40-years are currently on display in and around the Hall’s historic interiors and beautiful grounds. Organised with support of the Dorotheum and Lisson Gallery, the exhibition was originally scheduled to open in March but was postponed due to the covid-19 pandemic, finally opening in July, offering visitors a chance to see Kapoor’s work up close in relation to the expansive gardens and monumental state rooms of the 18th century Palladian country house – in what is ultimately a confluence of art, architecture and nature making it the perfect post-lockdown experience.

Curator Mario Codognato has taken advantage of the landscaped vistas, idyllic vantage points, and the building’s grandiose architecture, to make the most of optical effects, voids and volumes that characterise Kapoor’s work. The result is a series of visual and conceptual exchanges between inside and outside, reality and artifice, nature and culture, and chance and order that not only showcases Kapoor’s work in a new light but also alters the visitor’s experience of Houghton Hall itself.

Built in 1722 by prominent Georgian architects Colen Campbell, William Ken and James Gibbs for Sir Robert Walpole, Great Britain’s first Prime Minister, Houghton Hall, now the stately home of the Marquess and the Marchioness of Cholmondeley, is an architectural treasure of Palladian elegance. Nowhere is the house’s classical grandeur and decorative extravagance most pronounced than in the Stone Hall, an imposing state room swathed in decorative reliefs, cornices and statues designed to impress Sir Robert Walpole’s distinguished guests.

The hall’s architectural ornamentation is scaled up by a series of Kapoor’s painted concave mirrors with their fluctuating hues that uncannily deconstruct and transform the space through the disorientating effect of infinite reflections. “While portraits of infinity”, Codognato points out, “these mirrors also reflect the self, triggering its narcissistic dimension in the self-awareness that they provoke”. Taking the place of several ancient Roman busts that ordinarily decorated the hall, the mirrors symbolically substitute the prominent figures with the inverted reflections of the visitors themselves.

Courtesy the artist and Lisson Gallery.

Concave and convex mirrors are frequently featured in Kapoor’s work due to their unique ability to simultaneously reflect and transform both the viewers and the world around them. The exhibition features one of the most famous examples of the artist’s inventive use of mirrored surfaces, namely Sky Mirror (2018), a 5-metre diameter stainless steel concave mirror that is  angled up towards the sky. Standing on Houghton Hall’s expansive west lawn, the monumental piece brings the sky down to the ground, lyrically capturing its fluctuating brightness and the movement of the clouds, becoming in the curator’s words, “an oracle of light and ether”.

The piece can be described as a playful variation of the 18th-century landscape painting tradition, yet its impact goes beyond historical references, exemplifying Kapoor’s interest in the transformative properties of the materials he uses, and in particular, his interest in what he calls the ‘non-object’ or the ‘non-material’ which in this case is achieved by fusing object, viewer and environment into one physical, constantly fluctuating form.

Sky Mirror is complemented by a series of large granite, onyx and marble sculptures populating the award-winning garden, many of which are characterized by a curvaceous language made up of cavities, clefts, folds and protrusions that allude to the human body. The suggestive orifice and skin-like tint of Sophia (2003), the belly-like bulge of Imminence (2000) and the tongue-like shape of Grace (2004) bestow upon these sculptures a corporeal presence, eloquently described by Codognato as “sensually enigmatic”, which is juxtaposed against the weightiness of the materials they are made of.

Experienced amid the manicured gardens of Houghton Hall, Kapoor’s bodily sculptures both allude to and subvert the classical statues of mythical figures that usually adorn country houses thereby  exemplifying how the artist’s work engages not only with the history of the building and its grounds, but also with the Western canon – as well as explore the very nature of the object on view.