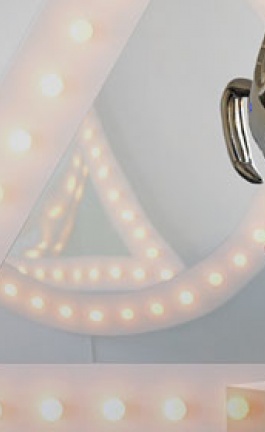 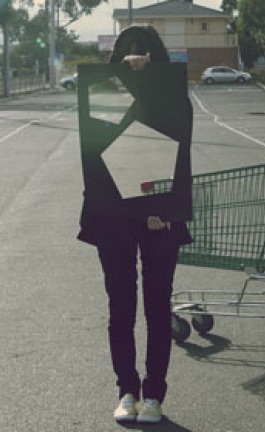 The 40th edition of Art Basel takes place in the culturally rich city of Basel, Switzerland, from TODAY till the 14th of June, 2009. As the world’s premier art show, Art Basel marks the annual reunion of the international artworld. This year, more than 300 exhibiting galleries from all over the globe were selected from a record number of more than 1,100 applications, and will be showing works by over 2,500 artists of the 20th and 21st centuries. The Art Unlimited hall, with its 60 large-scale projects, and the Public Art Projects on the exhibition square offer further highlights.

Yatzer made a selection of 60 photographs from the ART GALLERIES  halls,  ART UNLIMITED halls, and some  PUBLIC ART PROJECTS of ART-BASEL2009. Ready for an ARToverdose?

Art Unlimited will spotlight 60 ambitious works. Many of the exhibited pieces are created especially for Art 40 Basel. The platform enables artists to exhibit works that do not fit in standard display booths due to spatial, temporal, technical, financial, contextual, or conceptual constraints. With the accent on innovative and large-scale works, everything from outsize sculptures and installations to video projections, wall paintings, and performances will be on show. The exhibition has once again been devised in collaboration with Geneva curator Simon Lamunière.

PUBLIC ART PROJECTS 2009
This summer the Messeplatz, sited directly in front of the buildings hosting the 40th edition of Art Basel, will once again become a stage for art projects in the public space. Eight works by internationally renowned artists Valentin Carron, General Idea, Mark Handforth, Jeppe Hein, Gabriel Kuri, Mathieu Mercier, John McCracken and Ken Price will be installed.
The Public Art Projects platform offers insight into leading contemporary artists’ interpretation of art in public space, placing art in the urban context and encouraging participation by the general public. The sector’s exhibition concept has once again been devised by experienced Basel curator Martin Schwander, and the pieces featured on Messeplatz will be installed site-specifically. Not at all a traditional sculpture exhibition, Public Art Projects showcases interventions in urban space.

Both artefact and artwork, the “AIDS sculpture” (1989) recalls the late 1980s and the early 1990s, when the AIDS epidemic dominated headlines. The six-foot lacquered metal sculpture was created in 1989 by AA Bronson, Felix Partz and Jorge Zontal of General Idea (presented by Esther Schipper, Berlin; Galerie Mai 36, Zurich; Galerie d’Art Contemporain Frédéric Giroux, Paris) at a time when few artworks dealt specifically with AIDS. Inspired by American artist Robert Indiana's first 1970 LOVE sculpture, General Idea replaced the word LOVE with AIDS, compressing the letters into two rows within a perfect square. Displayed outdoors on different sites since 1989, the
sculpture has accumulated extensive graffiti, which itself then became an integral part of the work.

Galerie Eva Presenhuber, Zurich, shows “Fosbury Flop” (2009) by Swiss artist Valentin Carron, an immense cross made of wood, evoking questions about the symbolically enhanced objects that the artist finds in his immediate environment. The cross is both a public sculpture entailing universally known religious connotations and an abstract relief of two crossing lines referencing abstract art.

The sculpture “Untitled” (2009) by Mathieu Mercier (Mehdi Chouakri, Berlin) resembles a monumental, monochrome colored line, based on scientific research concerning our visual perception: When looking at our environment the eye shifts and moves from point to point, from detail to detail - rather than perceiving the entire structure simultaneously. Settled on the border of architecture and design, Mercier’s object-like sculptures possess a strong relation to banal behaviour patterns.

“Loop Bench” (2006) by Danish artist Jeppe Hein (Johann König, Berlin) is an artwork derived from the basic form of a usual park bench. The work enlarges the bench to an absurd degree, forming a long bench loop with crossings and bending, thus creating a kind of maze-like structure for visitors to sit on. At the same time the bench has its own sculptural quality. The key aspect of the artwork is the reaction or interaction it provokes in the viewer, and the ways in which that reaction ripples out to create further reactions and interactions, such that the artwork becomes the centre of a series of events and unpredictable social encounters.

Ken Price (Matthew Marks Gallery, New York) will present his first monumental outdoor sculpture, “Bulgogi” (2009), which stands over seven feet tall and presents the viewer with an entirely new way of seeing the artist’s work. The sculpture is made of clay elements whose surfaces, each painted with many layers of color, are then sanded down to create a rich and patterned skin.

David Zwirner, New York, presents John McCracken’s new work “Liftoff” (2009), a sculpture consisting of a rectangular stainless steel column. As one of the West Coast Minimalists, McCracken calls his objects “blocks, slabs, columns, planks. Basic beautiful forms, neutral forms”. Bold solid colors with their highly polished finish will reflect the Messeplatz, as well as the observer, in a way that takes the work into another dimension.