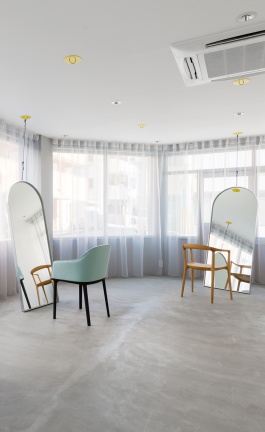 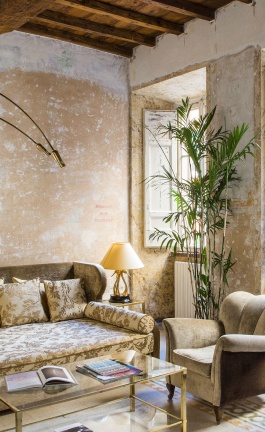 A week after the end of MILAN DESIGN WEEK, we’re ready to share a selection of projects, products, artworks and exhibitions that caught Yatzer's eye between the 14 and 19 of April 2015, some of which will be still running during Expo Milano 2015, the International Exhibition which will be hosted in Italy’s design and commerce capital from May 1 to October 31, 2015.

For the second year in a row, the usual design districts (Tortona, Lambrate, Brera and the sprawling RHO Fiera with its endless halls of Salone Internazionale del Mobile) were joined by the new 5VIE district, with paths that incorporated beautiful shops, archaeological finds and courtyards in historical buildings and the ‘Exercises in seating’ exhibition dedicated to the work of the British designer/sculptor Max Lamb organised by Federica Sala.

The ‘ENERGY FOR CREATIVITY’ exhibition/event, organised by INTERNI magazine in the Università degli Studi of Milan and the Brera Orto Botanico, is a must-see if you’re passing through Milan till the end of October; the exhibition includes the amazing installation ‘Punti di Vista’ by Piuarch Studio, which in the studio’s very own words, ''stimulates thinking on the architectural characteristics of the context, starting with vantage points: the classical elements of the architecture of the ca’ Granda, in particular the frieze, the column and the arch, are broken down into pure geometric forms from which to make a new architectural volume organized in three shapes, produced by the extrusion, reflection and overturning of a square, a triangle and a circle.''

Meanwhile, at Hangar Bicocca, located a distance of a few kilometres from the city centre, the exhibition ‘‘Double Bind & Around’’ curated by Vicente Todolí will continue retracing the career of Spanish sculptor Juan Muñoz through fifteen of his most significant installations till the 23d of August 2015. The works on show also include the ‘Double Bind’ structure, originally presented in 2001 at Tate Modern in London; maintaining the elements and proportions of the original project, this is the first time that it has been reconstructed in over 14 years at another location.

But the design marathon doesn’t end there! Some more of this year’s highlights include: The Armchair Of Thousand Eyes, where more than 100 Fendi adorable bag-bugs have been reinterpreted by Fernando and Humberto Campana; The MINDCRAFT exhibition curated by GamFratesi at Chiostro Minore di San Simpliciano; MOOOI's new collection which was presented at via Savona 56 against a backdrop of Rahi Rezvani’s artistic photography; The ‘TUNNEL OF LIGHT’ installation by Ferruccio Laviani at Foscarini Spazio Brera; the Body Building project by designer Alberto Biagetti and artist Laura Baldassari (curated by Maria Cristina Didero); The ‘Re-Inventing Shoes’ project by United Nude and 3D systems in which Ben van Berkel (UNStudio), Zaha Hadid, Ross Lovegrove, Fernando Romero and Michael Young explored and challenged 3D printing technology by designing 3D printed women’s high heels; The 8-piece swing-set created from the new 2015 surface designs of Caesarstone, part of an interactive installation by Philippe Malouin at Palazzo Serbelloni called ‘Movements’; THE DEPARTMENT STORE by Lee Broom; Fasted by Studio Dessuant Bone, a family of tableware fasted of their functions, part of the exhibition 'A Stomaco Vuoto' curated by DWA Studio and The visionary installation ''Urban Perspectives'' by Jaime Hayon & MINI (BMW).

So fasten your seat belts and prepare yourselves for an exciting design ride, as we present all the memorable exhibits that we discovered at this year’s Milan Design Week!

COS x Snarkitecture installation, Milan 2015. A film by Andrew Telling.

Making of Table T by dsignedby. / CNC machine + handwork
made in Serbia by Irena Kilibarda / Filmed and Edited by Mirko Nahmijas.