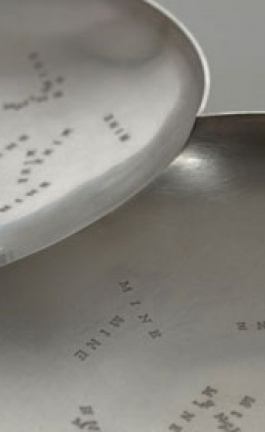 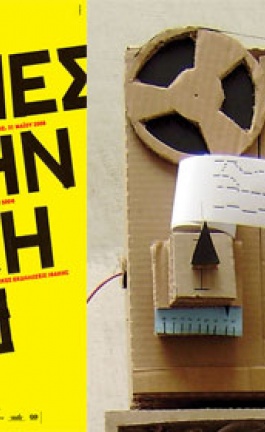 September 4, 2008 through October 11, 2008
Opening reception: September 4, 6-9pm
Gallery Hours: Tuesday – Saturday, 11am – 6pm
Merge Gallery is excited to introduce the work of Bill Durgin in his first solo exhibition with the gallery entitled “Figurations.” Durgin’s work will be on display opening September 4, 2008 to close October 11, 2008. Durgin is a New York-based photographer and his current series exploits the genre of figuration to propose a more seductive and uncanny composition of the body.
Durgin’s photographs reflect his fascination with the figure as a sculptural entity. His complex arrangements of the body require extreme contortion to achieve an austere effect, as if the figures have been abstracted. The gestures examine his own corporal boundaries as well as those of the performers he works with and are impressive in their ability to seemingly defy physical limitations. Transforming the body into an amorphic object, Durgin uses a large format camera and film to capture the figures so that they appear to be without appendages. Recognizable as bodies, they remain detached from common perceptions of the human form.
Upon first glance, Durgin’s photographs possess a certain ominous and disturbing quality, the figures appear slightly grotesque as in Lucien Freud’s figure studies. This quality is also enhanced through the figure’s relationship to the specific architectural space – the studio. The composition is carefully considered, the colors range from light and airy to slightly moodier and grim. What remains is the beauty of the figure and the mystery behind it. The effect can be haunting but is also captivating and stunning.

His name is Bill Durgin, he lives in N.York and he loves human figures. His official work is a photographer, but his "figure" series, prove that he has also a bent for sculpture! Through his lenses he create sculptures of human bodies...with just a click!

Describe yourself in five words.
wry, observant, particular, sympathetic, eclectic
If you could be a different nationality, what would it be?
French I guess
What kind of music you like to listen?
latin jazz & rock
What is the most expensive piece of furniture in your house?
a pair of Nakashima (studio) lounge chairs
What inspires you?
Human interaction, abstract figurative painting, contemporary dance/performance, film
Of your own photographic work, what project are you most proud of?
My series entitled Figurations (it is under "Figure Studies" on my website)
You are going for a weekend "somewhere" and you have to invite 7 famous people, dead or alive. Where would you go and who would they be?
Cooking class in burgundy w /  David Sedaris, Amy Sedaris, Francis Bacon, Stanley Kubrick, Eva Green, Patti Smith, Louis Bourgeois
Are you afraid of the future?
not really
Describe me the perfect day?
sleep-in with my wife, breakfast w/ poached eggs, farmers market,  playing with my son on the beach,  bar-b-que with friends, watch a movie
Photography is?
A unique perspective