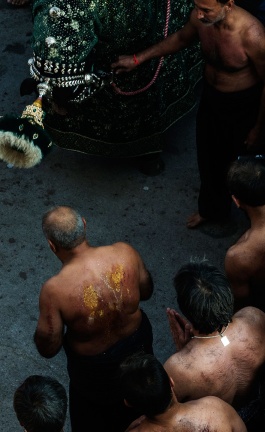 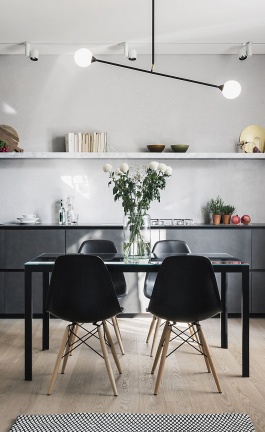 Sought After: A Small, Desirable Flat in the Centre of Milan

Currently on display at Sketch Room Gallery in Bogota, Colombia, the exhibition Margaritas features drawings, assemblages and a video collage by Colombian, Brussels-based artist Carlos Alfonso. Named after the Marguerite or Margarita knot used by sailors and boy scouts, the exhibition uses the gallery’s three-dimensional space and the drawings’ flat space to explore the connection between “fictions which are broken into two moments”, namely things that already exist and their potential mutations in time. Cartoon-like drawings in different sizes and assemblages of found objects fill the gallery’s two main halls —the former in Alfonso’s signature cartoony and humorous style, which, at the same time, borrow tension and a sense of happening from the latter. This folding of space is present from the moment the visitor enters the gallery, seen in the row of inflated tubes suspended across the gallery’s entry hall, forcing guests to duck and pass under them in order to enter.

A key to better understanding the show’s premise regarding time —where the present state of things overlaps with their future evolutions— also prevails with the nature of the Margarita knot itself, which is basically a technique used to shorten a longer piece of rope without cutting it. This knot, as a symbol of changing a thing’s shape non-destructively and without compromising its essence or altering it permanently, features prominently as a head sign over the gallery’s main door; this red knot is in fact part of an installation piece inside the gallery, which “spills out” and becomes part of the facade through holes on the wall. Other assemblages include old furniture and found objects collated by means of more ropes and elastic bands, imbuing their bonding with a sense of temporality and even insecurity. Meanwhile, the drawings that are part of the exhibition borrow from the visual language of comics where blocks of colour remind us of the rectangular frames of a comic book page, and abstract illustrations of human parts and trees seem like blown-up ideas from an illustrator’s sketch book. In a similar vein, the video "The Lost Dream of Armando" (2015), featuring found cartoon footage and online images, expands the exhibition's theme through references to ancient rituals and unexpected juxtapositions of imagery and sound.

Carlos Alfonso, The Lost Dream of Armando, 2015. "Part two of a fictional story about ancient rituals, brain trepanation and the abduction of dreams. Based on personal bank photographs, (stolen) images from internet and footage from public domain cartoons."