A blessed club in Brussels 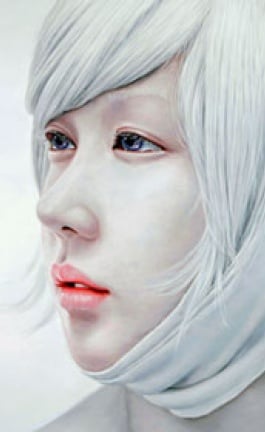 Renowned for his adventurous sculptural light works and installations, Bruce Munro with the kind support of UK press and BBC Wiltshire radio, urged readers and listeners to send unwanted CDs to his workshop some weeks ago. The reason? Munro visualized an inland sea made of unwanted CDs. The public response was massive and hundreds of CDs arrived from all over the UK and as far afield as California and Brazil.

Over the past weekend (19-20 June) 140 friends of Murno and colleagues, including Kevin McCloud and other celebrities from the design-art world, helped to lay the installation. The grass was mowed at Long Knoll field near Kilmington to prepare the ‘canvas’, and on Saturday each CD was laid with a stone on it, to prevent wind damage. This proved to be time-consuming and so the stone laying was abandoned on Sunday.  The result? A stunning inland sea made of 600.000 CDs which are dazzling  like mirrors reflecting sunlight and moonlight.

The ‘CDSea’ concept was conceived in Australia thirty years ago, one Sunday afternoon on a rocky peninsula at Nielsen Park, Sydney, which had become a meditative spot for Munro. “The light was still strong, like a blanket of shimmering silver light. I had this childish notion that by putting my hand in the sea I was somehow connected to my home in Salcombe, where my father lived //// I came away from the beach in a very positive frame of mind” he says. The quality of the light left a lasting impression on Munro as a young boy because it was the first time he was aware that the “play of light” had transformed his mood and he was astonished that something so familiar had the power to alter his emotional state. “CD Sea” is a reconstruction of this moment, which became a turning point in his life.

Munro’s ‘CDSea’ is the first of a number of self-funded installations using discarded or recycled materials, planned for Long Knoll Field, which is bisected by a public footpath and will be on public view for the next two months.  After roughly two months in place the installation will be disbanded and all the CDs sent to a recycling plant in Frome.