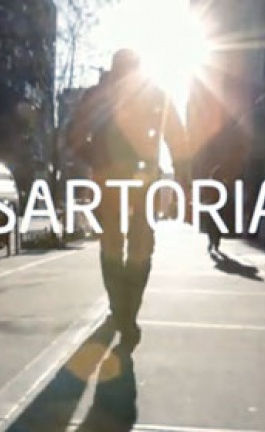 Collider highlights works from Reynolds’ ongoing body of work The Universal Now. The Universal Now derives its title from theories surrounding time continuum within the field of quantum physics.  The series consists of collages comprised of found book pages sourced from atlases, encyclopedias and guidebooks. Reynolds scours used bookshops and flea markets to recover images of landmarks, monuments and landscapes printed at a similar scale and shot from approximate vantage points by separate photographers at different points in time.  The two corresponding bookplates are merged through a series of incisions and folds, which result in an undulating three-dimensional honeycomb like surface in which the entirety of each page is preserved.

"I collect second hand tourist guides. Within the century of printed photographs that they contain, I search for plates that have been printed at similar scale, taken from a similar view point.  When I find a near match between book plates, I cut and fold the pages into a new single surface. The dates written on each work give the publication dates of the books I have used. Whichever has been used as the 'base' image is listed first. The patterns I use to cut the two book pages into one single surface are such that all of both sheets of paper are preserved. If you were to fold all the flaps in or out, the entirety of each image will be seen. The act of folding one image into the other pushes them out into three dimensions in a bulging time ruffle." words by Abigail Reynolds

Within the latticework of familiar tourist destinations the unyielding correlation between time and place is ruptured and paused. Reynolds delicate collage work asserts a topographical representation of time that expresses the activity these oft visited sites dictate and inspire. In The Universal Now: Trafalgar Square 1975 / 1971 one can view a double decker bus parked in more or less the same position in each image, as if each photographer clicked the shudder in sync with the transit schedule.  Both book pages depict the square beneath a blue sky populated with voluminous clouds. Through her sculptural collages Reynolds exhibits a keen awareness to her source imagery intuitively and reverentially transforming otherwise banal documentary photographs into sublime visions.

In addition Abigail Reynolds collages serve as a commentary on photography’s notion of the ideal perspective and the medium’s inability to operate without bias. The repetitious perspective in the found book pages confirms man’s conscious or subconscious impulse to represent place with strict precision. This synchronistic popularized documentation inevitably influences society’s relationship to place through democratic identification and classification, replacing objective experience and associations with superficial constructions.  In the process sites become cultural signifiers with impenetrable auras, fixed in the infinite present.

Abigail Reynolds lives and works in London and Cornwall. She received her Masters of Art degree from Goldsmiths College, London, UK. Her work has been exhibited throughout Europe and the US. Recent solo exhibits include Strange Attractor at Seventeen, London, UK. In addition she operates Assembly, a live work residency program located in St. Just, Cornwall, UK.