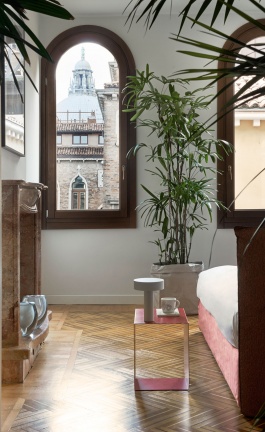 An Authentic Italian Design Experience at Casa Flora in Venice 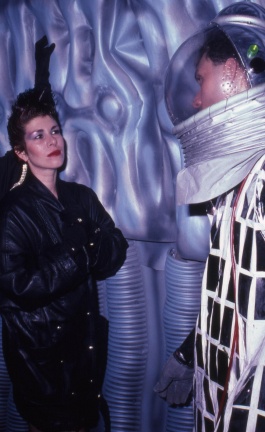 The Walk to the Paradise Garden: Paintings by Dan Hays

British artist Dan Hays presents a new series of oil paintings at Broadway Gallery in Letchworth Garden City, England, which reproduce pixelated poor-quality photos of the city’s landscapes and buildings. The awarded painter is especially known for his series of paintings of rural Colorado, where he first finds anonymous, poor-quality images online and then reproduces them on canvas, with all their glitches and colour distortions intact. The fact that the artist has never visited Colorado creates a connection between the real and the imaginary, as much as between the meticulously painted canvas and the distorted digital image it depicts.

As the world’s first Garden City, Lechworth invited Hays to create new works in response to the city’s urban design. The Garden City movement was founded in 1898 by Sir Ebenezer Howard, a social reformer who wanted to create a new type of self-sustained city that would also be pleasant to live in. Founded in 1903, Lechworth Garden City was the first materialisation of this plan, conceived as the first of a group of Garden Cities built in a circle around a larger city of 58,000 people, all connected to each other via a railway. The nearby Welwyn Garden City followed suit, but the overall masterplan was never completed. Howard’s idea later evolved into a global movement, with Garden Cities built in the USA, Canada, Peru, Argentina, Brazil, Italy and many other countries.

For his Lechworth-inspired works, Hays took photos of streets, buildings and landscapes in and around the city and treated them with his usual method of pixelated oil painting. This marks a departure from the artist’s usual practice of using found images on the internet, and rather creates the source images himself. While exploring Lechworth, Hays’ camera focused on architectural details and certain aspects of the natural environment such as tree foliage and the countryside, as well as the ideological framework of this well-planned suburbia, where people were imagined to live happy, wealthy lives surrounded by nature. A mountainous image from the series titled Wanderlust has little to do with Hampshire of course, but instead evokes a distant and dissimilar landscape that is probably unreachable or even completely fictional — in a way just as Ebenezer Howard’s vision might have been over a hundred years ago.