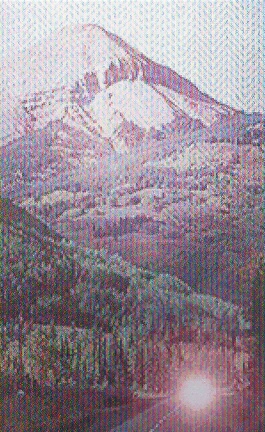 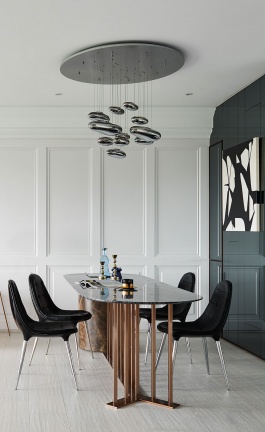 Scenic Ballade: An Apartment Above the Trees in Taiwan

Legendary nightclubs like New York’s Studio 54 or Manchester’s Haçienda loom in our collective consciousness as emancipating places to see and be seen, but from an architect’s perspective they are also emancipating to design, a proposition that Villa Noailles in Hyères, France, has this year devoted its annual architectural exhibition to elucidate. Documenting the architectural language of discos through installations, plans, models, photographs and sculptures, “La Bôite de Nuit” offers visitors an aesthetic, educational and sensory retrospective of the nightclub scene.

Discos are flexible environments of bodily pleasure and multi-sensory experiences, where visitors, completely decoupled from the outside world, get to engage with the space not only through its spatial configuration but also through light, sound, heat and energy. Architect Aaron Betsky considered the disco to be “one of the most radical environments Western society has created in the last 50 years” and indeed architects saw the design of discos as a means of both liberation, personal and professional, and experimentation, exemplified by an eclectic selection of projects from the 1960s to today showcased in the three rooms of the exhibition.

The nightclubs on display reveal a wide range of programmatic and aesthetic themes, from the conversion of the Palace theater in Paris into a nightclub by Patrick Berger and Vincent Barré in 1978, to Andreas Angelidakis’ Athenian X Club conceived without a plan in fifteen days in 1990, and from the sleek, futuristic ambiance of Altromondo Studios in Rimini, Italy—a large, concert-like venue photographed by Giovanna Silva for her 2014 series Nightswimming—to the industrial grittiness of Berlin’s Golden Gate techno club, a bare-bones series of spaces located under the arches of the Jannowitzbrücke U-Bahn station.

The latter is part of André Giesemann and Daniel Schul’s photographic series “Vom Bleiben” (2009-2017)—part of which is showcased in the villa’s “squash room”—documenting the ghostly interiors of several Berlin clubs just after the clubbers have left and the harsh cleaning lights have been switched on. Evoking a similar sense of emptiness, displacement and bewilderment, and appropriately displayed on the opposite wall, are images from François Prost’s “After Party” series (2011-2017) which capture the banality of the exterior of suburban French night clubs, photographed during the day in all their garishness.

In the same space, visitors can also view scale models, concept studies and drawings for a new building for London’s the mythical Ministry of Sound, graphically illustrating the role of discos as architectural laboratories of experimentation. Designed by OMA, Rem Koolhaas’s studio, the project won an architectural competition in 2015 but was shortly thereafter unexpectedly cancelled. OMA’s design features a shape-shifting building that mutated its form from night to day and a plethora of diverse spatial experiences that aimed to respond to the rise of electronic devices offering immersive experiences.

No exhibition about discotheques would be complete without shining a light on the birthplace of disco, the New York club scene, showcased in the exhibition through numerous photographs from two series: Bill Bernstein’s “Disco”, a three-year project which captured New York City’s most beloved clubs, including Studio 54, Le Cirque, Paradise Garage, Electric Circus, and Hurrah, at the peak of the disco era in the late 1970s, and British photographer Ben Buchanan’s documentation of the legendary 1980s Area Club, which brought together the worlds of art, fashion, music and film in a venue whose regular refits launched the careers of artists such as Keith Haring and Jean-Michel Basquiat.

Finally, at the villa’s “swimming pool” room, visitors get to do more than look around. In a space inundated by strokes of color due to the dichroic filters the curators have cleverly covered the windows with and the three tear-shaped disco balls hanging from the ceiling, they are invited to enter “The Club”, a room within a room by Swiss architecture studio Bureau A. First exhibited at the Lisbon Triennale in 2016, the installation, which evokes both a house and a chapel, consists of several loudspeakers-cum-building-blocks that create a micro dance floor entirely enclosed by sound.

Rounding up the show is French architect Nicolas Dorval Bory’s “The Cornell Box”, a pop-up disco designed in collaboration with Martinez Barat Lafore Architects especially for the venue. Drenched in saturated hues of red, green and blue and overwhelmed by their ever-shifting, kaleidoscopic reflections via a revolving mirrored dodecahedron, the installation perfectly sums up the nature of discos as profoundly interior spaces of radical excess.