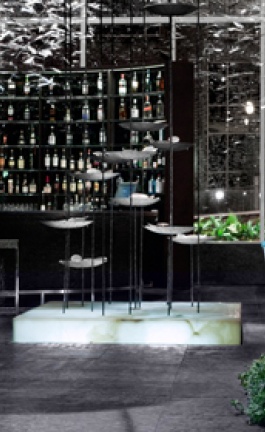 W-Hotel by Burdifilek in Atlanta 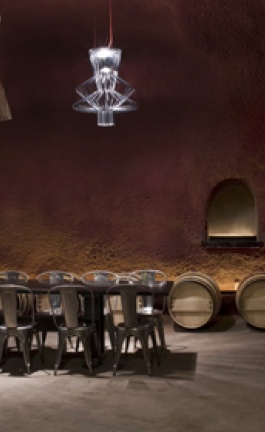 17 September 2009 — 21 February 2010
Travel has shaped our need for bags. Over 180 years, the output of the Belgian luxury goods house Delvaux has met the needs of a clientele living through times of dramatic change and movement. Founded in an era when travel was largely horse-drawn, the company has survived through revolutions and wars, and adapted to the requirements of railways and ocean liners, bicycles, cars and jets. This exhibition follows Delvaux from the manufacture of travel goods for the local nobility in the 19th century, through the rise of the modern handbag in the 20th century, to the company’s vision of a new kind of elegance under its artistic director Veronique Branquinho.

Charles Delvaux opened his first workshop in the centre of Brussels 1829, one year before the revolution that led to Belgian independence. In 1883 the family were appointed official suppliers to the Royal Court, but less than 40 years later, after the end of the Great War, Delvaux no longer had the wherewithal to design or make its own bags, and the business was reduced to a single shop-front. The company was purchased in 1933 by a young entrepreneur then freshly returned from the Congo. Franz Schwennicke developed a vision of Delvaux as a hothouse of creative talent and manufacturing excellence; under his direction the company would only make original designs, in the finest leathers, using the best artisans, right here in Belgium.

On his death in 1970, Franz Schwennicke’s position at the helm of Delvaux, passed to his wife, Solange, and in 1994 his oldest son François Schwennicke took over the role as Executive Chairman. He was joined by the CEO, Christian Salez, at the end of 2007. Since then, the company is jointly managed by the duo Salez and Schwennicke.

The creative process behind each bag has changed little in the last seventy years: everything is still made by hand, the company is still in family hands, the management keeps up clear values and ethics, and Delvaux’s output remains small. Recently the Studio has produced bags in collaboration with Bruno Pieters, Laetitia Crahay and Hannelore Knuts, but behind the scenes, successive generations of talented designers have worked unheralded, pushing the brand’s changing image to meet the mood of the times.

As well as the history of Delvaux and the stylistic evolution of its output, this exhibition honours the unseen side of the business: the skills of the designers and artisans that represent the core of the company’s values.