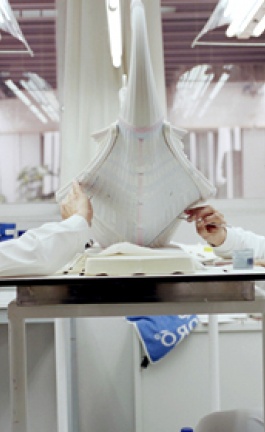 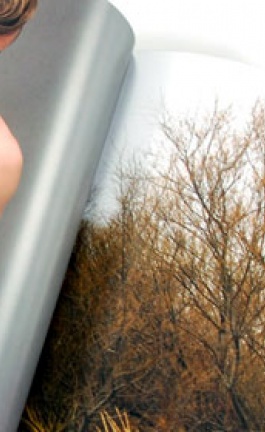 ''About Skin'' by Mustafa Sabbagh

The first edition of the Moscow Design Week, that took place from the 5th to the 9th October 2010, born from the encounter between Alexander Fedotov, president of the organization committee, and Fabio Novembre who has been commissioned the art direction of the whole initiative, has recently ended with a complete success of public and critics. Four days of events that have involved the entire Russian capital with an international exhibition signed by Fabio Novembre: Design Superheroes. Four leading designers, Ora Ito, Maarten Baas, Luigi Colani and Jaime Hayon together with Fabio Novembre has brought to Moscow the best of the international contemporary design.

A concept directly inspired by the world of comics: each designer a character, a superpower and a location where to express, through an ad hoc exhibition setting, their design philosophy.

Fabio Novembre
Transformed in a modern cupid with laser gun that embodies his studio logo, Fabio Novembre has created in the Museum of History of Moscow the exhibition setting “The Rainbow Thieves” inspired to the homonym tale of the One Thousand and One Nights. 40 Nemo chairs in 40 colours that create a chromatic effect and an emotional impact on the visitors; settled in 10 rows of 4 each the Nemo chairs shade in the space creating a magical effect in the floor and on the walls.

Maarten Baas
The fire control is the superpower related to Maarten Baas that for the occasion has created in the Museum of History of Moscow an exhibition setting with a selection of his Smoke collection and the Real Time clocks that overturn the concept of time.

Jaime Hayon
Transformed in a colourful joker that takes inspiration from his own design world, Jaime Hayon has exhibited in the spaces of the Altagamma Design Gallery some of his most famous creations as the collection for Baccarat, Lladro' and Established&Sons.

Ora Ito
A technological flying superhero: that's the Ora Ito version that on the occasion, has presented in the Museum of History of Moscow EVO. An hybrid project in collaboration with Citroen, a palanquin of the XIV century recovered to a contemporary use among art and design.

Luigi Colani
Inspired to his already existing action figure, Luigi Colani has brought to Moscow in the spaces of the Central House of Artist and Design his extraordinary cars and his futuristic philosophy. A design approach that suits perfectly with the concept of the Design Superheroes initiative that he has been embodying for years.