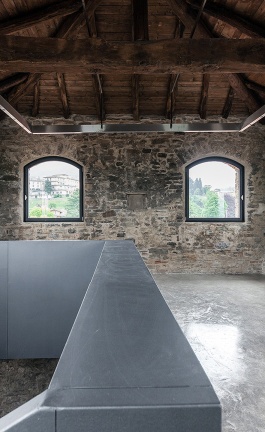 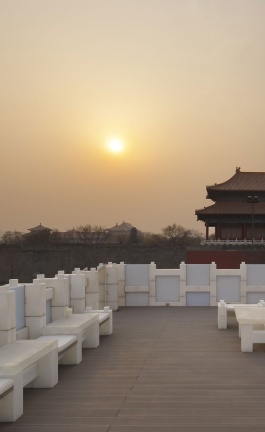 On the island of Mykonos, Greece, a new contemporary art space that opened its doors early this summer sets itself apart from the typical art-gallery-on-a-Greek-island format. Founded by curator and art historian Marina Vranopoulou, Dio Horia is an open art platform where the ‘micro’ and the ‘macro’ meet, acting, in the words of its founder, ‘‘as a bridge between local specificities and the global map of contemporary art.’’ Although an island is by definition an isolated entity (geographically and, more often than not, socially and culturally), this particular island is anything but. As one of the most popular tourist destinations in the Mediterranean, Mykonos attracts dedicated party-goers and jet-setters during the summer but is also home to a community of ‘‘educated bohemians,’’ as Vranopoulou likes to call them, a community that bought properties on the island in the 1970’s, well before it became so commercial and touristy, and now stay below the radar as they distance themselves from the island’s party crowds and overcrowded beach clubs.

The name chosen for the platform reveals a lot about its mission and vision: meaning ‘‘two villages’’ in Greek, ‘dio horia’ also means two different spaces in the Mykonian architectural vernacular, reflecting the platform’s capacity to host up to two resident artists at a time but also pointing to the polarities that the project seeks to engage with. TV stars and politicians, flaneurs and businessmen, Chinese tourists and blissful Greek yiayias, backpackers and yacht-owners ....  all reflect the contrasts that can be found on Mykonos — which is why Vranopoulou thinks it is the perfect destination to start an art platform like 'Dio Horia' that aims to foster research, collaboration and public discussion about art whilst engaging with a wide audience.

Situated right in the heart of the Hora, the island’s main town and port, Dio Horia occupies a typical Cycladic whitewashed house. Visitors enter the main gallery space at ground level through a small yard that opens generously onto the small alley outside and feels more like an extension of the street rather than a private gallery’s entrance. On the first floor, two additional gallery spaces double as artist’s workspaces, complete with adjoining bedrooms, and on the rooftop a terrace with unobstructed views over the Hora and the bay welcomes visitors, offering the ideal spot for discussion and socialising. The amazing Dio Horia logo that graces the main entrance was designed by Thanos Karampatsos of Greek design duo ‘Greece Is for Lovers’ — its characteristic tone of blue used throughout the rest of the building as well to paint its many doors and windows.

For the opening of Dio Horia in June 2015, the platform (which is being run by an enthusiastic team of three Greek women) staged its first group exhibition titled ‘Dio Horia in Mykonos’ showcasing works by Greek and international artists that relate or respond to Mykonos and its identity. Some of the works on display were created especially for Dio Horia, inspired by or as a reaction to the fantasies, stories and stereotypes and natural surroundings of Mykonos. For example, British painter Selma Parlour (one of the platform’s two first resident artists) created a new work inspired by the colours and microclimate encountered on the island; meanwhile, Los Angeles- and Paris-based Atelier Arizona created a breathtakingly elegant site-specific sculptural intervention installed on the building’s façade, inspired by propeller dynamics and the blades of Mykonian windmills. Many other artists responded to Vranopoulou’s ‘call to arms’, including the likes of Athens-based painter Yannis Varellas, Polish painter Wilhelm Sasnal and prolific illustrator Elias Kafouros.

Thoughtful and masterfully orchestrated, the exhibition tackles some inherent spacial difficulties (because of the building’s particular shape) inventively, all the while sustaining an intellectual depth that is nevertheless conveyed in an open, discreet and accessible way. With its maturity, humour and true sensitivity to its wider context, the opening exhibition of Dio Horia signals the launch of a very promising and worthy effort in an otherwise misunderstood location that deserves to be discovered anew.

{YatzerTip} As the monthly residencies programme of Dio Horia continues throughout the summer, new exhibitions will be opening in July and August. In the meantime, the group exhibition at the ground floor gallery will be open through October 31st. For more information please visit diohoria.com.