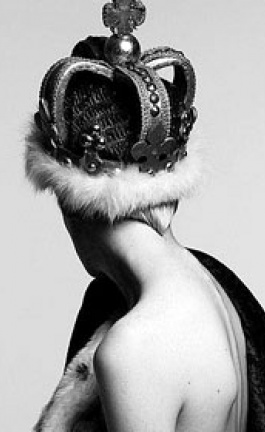 The work, entitled “Madison Avenue (Doll)House,” was envisioned by Rozmiarek as a futuristic concept home that spoke to the needs of modern, urban living while addressing the use and importance of space. The work will remain on view through January 5th at the Calvin Klein Collection flagship store located at 654 Madison Avenue in New York City, where visitors can step up into the window to view the piece up-close. Additionally, large-scale photographs of the New York City installation are also now featured in the windows of the Calvin Klein Collection store in Milan, Italy

Prince-Ramus’ work style and his eloquent, intelligent designs made him the perfect choice for this project. Prince-Ramus immediately understood the initial concept for the structure and he and his team brought a dynamic point of view to the work, infusing many unique and thoughtful elements to the final structure.

“By treating a New York street like landscape — and Calvin Klein's storefront like a New York street — we created a detached single-family (doll)house in Manhattan for the Calvin Klein woman,” said architect Prince-Ramus. “Undeniably frivolous, the ‘Madison Avenue (Doll)House’ still suggests a kernel of an idea for accommodating growth in existing population centers.”

Designed with the Calvin Klein aesthetic as the common thread throughout, the stylish dwelling spans 4 complete floors, including a landscaped urban rooftop, and is fabricated in steel, acrylic sheet, and four-way stretch Spandex. The elegant one-thousand pound structure seemingly floats high above a New York City street from four steel suspension hangers.

Architecture has always influenced the direction of the Calvin Klein brand and the company has recently completed collaborations with renowned architects such as Shinichi Ogawa in Tokyo and John Pawson in New York.

ABOUT CK
Calvin Klein, Inc., a wholly owned subsidiary of Phillips-Van Heusen Corporation [NYSE: PVH], is one of the leading fashion design and marketing studios in the world. It designs and markets women’s and men’s designer collection apparel and a range of other products that are manufactured and marketed through an extensive network of licensing agreements and other arrangements worldwide. Brands/lifestyles include Calvin Klein Collection, ck Calvin Klein, Calvin Klein, and Calvin Klein Jeans. Product lines under the various Calvin Klein brands include apparel, accessories, shoes, underwear, sleepwear, hosiery, socks, swimwear, eyewear, watches, jewelry, coats, fragrances, and cosmetics, as well as products for the home. For more information, visit www.calvinklein.com.

ABOUT REX Architects P.C.
REX is an internationally acclaimed architecture and design firm based in New York City. Buildings currently under construction include the Dallas Center for the Performing Arts Dee and Charles Wyly Theatre in Texas; Museum Plaza, a 62-story art institute and mixed-use development in Louisville, Kentucky; and the Istanbul headquarters for Vakko, Turkey’s preeminent fashion company. Founded in 2001 as OMA New York—the American branch of the Office for Metropolitan Architecture—REX became an independent office under the leadership of Joshua Prince-Ramus in 2006. At OMA New York, Mr. Prince-Ramus was Partner in Charge of the Seattle Central Library and the Guggenheim-Hermitage Museum in Las Vegas. REX recently participated in the limited competition to re-conceive Governors Island in New York Harbor, and is now engaged in the invited competition to design the new Edvard Munch Museum in Oslo, Norway. For more information, visit www.rex-ny.com.

After conducting a lengthy search for the right architectural partner for this project, Rozmiarek selected Prince-Ramus who has an impressive portfolio of projects, shares an urbane, modern vision, and clearly embraces technology and the modern age in his work. Esquire magazine’s latest “Best and Brightest” issue (December 2008) featured Prince-Ramus and REX in a 4-page feature hailing them as the “savior of American architecture.” Additionally, Prince-Ramus and REX were identified as one of “The 20 Essential Young Architects” by ICON magazine (April 2008), and named one of the twenty most influential players in design in Fast Company’s “Masters of Design” issue (June 2005). READ THE FULL ARTICLE IN A PDF FORMAT here