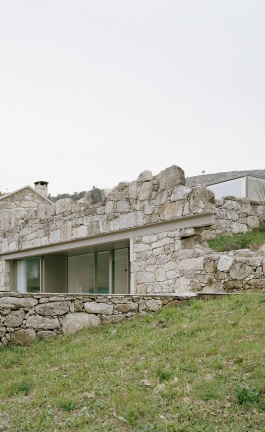 Kaleidoscope from 1960 (detail) © The Estate of Erwin Blumenfeld.

Haute couture fading behind milky, semi-transparent screens. Glossy fashion magazine covers deconstructed like Dada collages. Editorials treated like experimental photography with triple exposures, layers in negative and other extreme effects. This irreverent approach to mainstream commercial photography defines the legacy of influential fashion photographer Erwin Blumenfeld (1897-1969), whose work is currently on display as a major retrospective at the Cité de la Mode et du Design in Paris, France. Born in Germany, Blumenfeld moved to the Netherlands, and then to Paris in the 1930’s, where he built a reputation as an uncompromising art photographer who liked to push the limits of his medium to their extremes. A Dadaist at heart, Blumenfeld worked often with collage, using his own photos and magazine cut-outs to create compositions that commented on political and art-related affairs of his time. The most famous of these collages, depicting Hitler with his head replaced by a skull and a swastika pasted on his forehead, was used by the Allied Forces as propaganda, and was printed on leaflets dropped over German cities during the war.

After being held prisoner at a series of concentration camps in France, Blumenfeld managed to escape to New York with his family in 1941, where he soon began working for fashion magazines such as Harper’s Bazaar and Vogue where he developed his signature fashion-photography style, which was evidently influenced by his more experimental and daring exercises as an independent art photographer. His cover for a 1950’s issue of Vogue depicts only the left eye and lips of model Jean Patchett, set against a pure white background; the cover is not only one of Blumenfeld’s most recognised works, but also one of the most popular Vogue covers of all time.

Self-portrait around 1960 in front of an advertisement made by Blumenfeld for l'Oréal © The Estate of Erwin Blumenfeld.

Exploring Blumenfeld’s influence on fashion magazines and art photography during his New York years, the exhibition ‘Studio Blumenfeld New York, 1941-1960 - Art as Contraband’ revisits a show staged by Somerset House in 2013, with a new exhibition design for the Cité by architect and installation designer Vasken Yéghiayan. Tracing Blumenfeld’s journey from Europe to the USA, the exhibition brings together over 200 works by the photographer, including 30 photos that have never been presented to the public ever before. Although Blumenfeld was the highest-paid photographer in the world during his peak, his name faded into obscurity after his death in 1969; the photographer died of a self-induced heart attack, after running up and down the Spanish Steps in Rome without taking his heart meds. He left behind thousands of prints and collages, but most importantly, an undiluted vision about what commercial photography could achieve when injected with ingenuity, artistic curiosity and a dash of irony.

Camelia’s lady. Circa 1943 © The Estate of Erwin Blumenfeld.