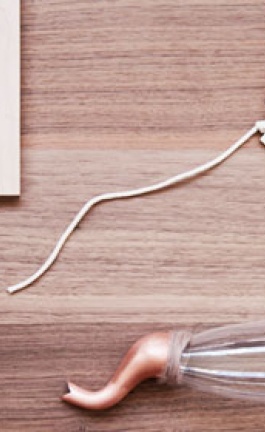 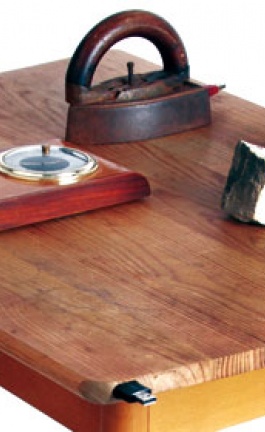 Living in a GAGA era there is no coincidence to the fact that hairpieces have become the new fashion accessories. Adorned by celebrities, trendsetters and fashionistas around the world, hairpieces are the new contemporary extravaganzas. The power of a hairpiece can certainly not be underestimated. Its’ ability to make a bold statement and at the same time to transform its wearer to someone else boosts its current status.

Florian Dovillez’s 50s inspired hat collection presented at Yatzer today is no exception. His collection pays tribute to the ''Wig Society'', a phenomenon that has taken by storm the fashion industry and has lately dominated the catwalks. His pieces are 100% made of real human hair and are exclusively designed for monochromatic silhouettes that of bleach blond and deep black. The Hat Collection is reminiscent of the wigs and headpieces designed by Charlie le Mindu, (Presented at Yatzer May 2011) the talented guru of the hairpieces.
Dovillez’s hats are contemporary classics with a strong seductive character and an eye absorbing beauty. Their elegance lays to the fact that you cannot really distinguish the hat from the model’s  actual hair, blurring the lines between what is real and what isn’t.

Being beautifully photographed by Riki Tinoza, the Hat Collection unravels its eerie personality and quirky disposition. Dovillez’s choice to incorporate natural human hair further allows the wearer to curl, flat iron or style the hat as if it were part of the wearers own hair, even applying styling products if desired. The hats, whose different volumes and shapes create a dramatic look, can make an outfit exceptional.

This first Hat collection is a collaboration between Florian Dovillez and designer Anna Note, who in turn specially designed clothing which was imaginatively constructed out of synthetic hair, fine fabrics and wool.