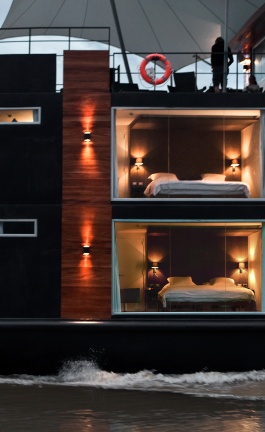 Explore The Amazon In A Luxurious Riverboat 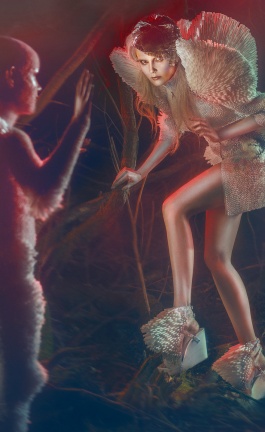 The Intricate (And Non-Wearable) Fashion of Nikoline Liv Andersen

Founded in 1729, the venerable champagne house of Ruinart is committed not just to the production of its exquisite wines but also to the promotion of the history, tradition and craftsmanship surrounding them. Through the Ruinart Collections initiative – an ongoing series of artistic collaborations – established designers and artists from around the world are invited to create new artworks and design objects inspired by the heritage, history, expertise and cuvées of the House of Ruinart. Well-known names such as Hervé Van der Straeten, Piet Hein Eek, Patricia Urquiola, India Mahdavi and Nendo are already part of the line-up, with their creations giving new and imaginative meanings to what Ruinartstands for. Through its Collections series, the house also participates in international art fairs like Art Basel, forging new bonds between contemporary art and the refined ‘art de vivre à la Française’ which it represents.

As part of its latest artistic collaboration, Ruinart has invited Scottish visual artist Georgia Russell to draw inspiration from the house’s long history and its flagship wine, the Blanc de Blancs – a unique cuvée made entirely of Chardonnay grapes. Russell, who currently lives and works in France, has a deep passion for manipulating printed paper, and uses a sharp scalpel to cut fine patterns into photographs and books, transforming entire volumes into intricate works of art that seem to burst out of their old covers. For the iconic Blanc de Blancs bottle, Georgia Russell has created a limited-edition ornament inspired by Ruinart’s chalk cellars, displaying, in particular, the way their walls reflect the light: a single, laser-cut metal leaf delicately engulfs the bottle, carved with an intricate pattern similar to the chisel-cut walls of the chalk cellars, almost as if the bottle magically contains the essence of their secret, exclusive interiors.

The chalk cellars in the Champagne region, also known as ‘Les Crayères’, date back to the Gallo-Roman era, and were quarried entirely by hand in order to extract the stone required to construct the fortifications of the nearby city of Reims as well as a handful of religious buildings. Ruinart  was the first of the big champagne houses to utilise and expand the ancient mines, since they offer the ideal conditions for the storage and maturation of wine. During the Second World War, the champagne house’s labyrinthine chalk cellars were used as bomb shelters for civilians, some of whom were forced to live ‘amongst the bottles’ for as long as two years. Georgia Russell immediately saw the connection between these ancient hallways and her own work: just as the ancient chalk walls contain and protect the precious bottles of Ruinart wines in various stages of maturity, her carved white ornament encapsulates the Blanc de Blancs, as a symbolic reference to the mines and their history. While the cellars conceal the wine from the sun’s light, Russell’s ornament on the other hand illuminates the wine in new ways, highlighting the Chardonnay’s unique colour and rich golden hues.