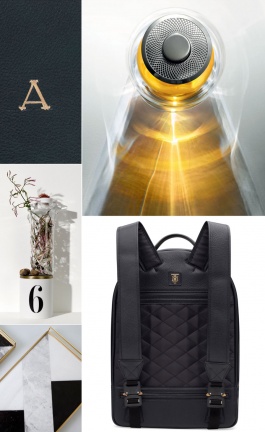 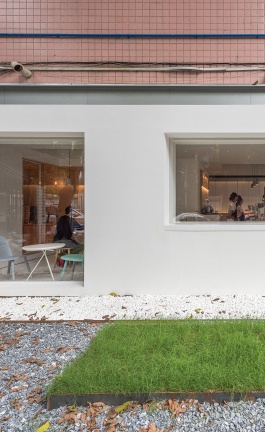 Thinking Inside the Box: Atelier Peter Fong by LUKSTUDIO

Fondazione Prada presents Osservatorio, a new gallery space in Milan dedicated to contemporary photography, opening on December 21st with the inaugural exhibition “Give me yesterday”, a group show of autobiographical character.

Occupying 800 square meters on the fifth and sixth floors of one of the historic buildings of the Galleria Vittorio Emanuele II —a 19th century edifice of monumental design that commemorates Italy’s unification —and overlooking the grand glass and iron dome at the center of the arcade, the space sits above the eponymous brand’s flagship store, the fashion brand’s first location opened by Mario Prada in 1913. Situated in such a rich, historical context, in the center of a city on the cutting edge of fashion and design, the gallery is ideally placed to trace the evolution of the centuries-old medium of photography, identify its connections with the other disciplines and explore the trends and expressions in its contemporary incarnation.

The show, curated by Francesco Zanot, which will run until the 12th of March 2017, is a collection of autobiographical photography by 14 Italian and international artists who have used their cameras to pictorially collate personal diaries that span a period from the early 2000s through today. Grounded in the documentary style of such artists such as Nan Goldin, Larry Clark and Richard Billingham, the work on display also mirrors the accelerating trend of self-disclosure in the digital age whereby posting one’s photos on social media, an act equal parts documentation and exhibitionism, has become an integral part of one’s life. By cataloguing their daily routines and encounters as both attestation and performance, the featured artists attempt to formulate their individual and collective identities as well as explore how these can be shaped by the medium of photography.

Although the artists showcased in “Give me yesterday” differ considerably in their stylistic approaches, all of their work is intensely personal. Dutch artist Melanie Bonajo for example, has, for her series “Anti-Selfie”, photographed herself every time she cried, a tour de force of raw vulnerability as well as a reaction to modern society’s notions of happiness and male-centric female imagery. In a similarly brave act of exposure, Portuguese photographer Tomé Duarte has captured himself in his girlfriend’s clothing in an attempt to reconnect with her identity as well as his own.

Others artists like Brooklyn-based artist Leigh Ledare and South African photographer Lebohang Kganye have chosen to tell their story through a close family member. Ledare, once an assistant to Larry Clark, has photographed his mother in intricately staged, risqué poses for his series "Pretend You're Actually Alive", while Kganye’s work, also centered around her mother who has passed away, features old family photos of her mother on which the artist has superimposed her own image, blurring the line between real and imagined memories.

The exhibition also features work by Ryan McGinley—the most important photographer in America according to GQ—whose cross-country car trips with friends in the mid-2000s produced a series of pictures that combine a sense of motion with an air of intimacy, as well as Italian photographer Antonio Rovaldi, whose photographs are also the product of extensive travelling, in his case along the Italian coastline during the summers of 2011 and 2014, but which contrary to McGinley’s work, evoke, by capturing views of the horizon, a sense of stillness and solitary contemplation (“Orizzonte in Italia”).

“Culture should help us with our everyday lives, and understand how we, and the world, are changing.”