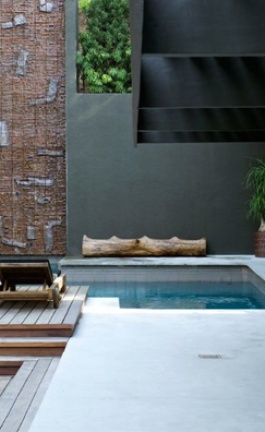 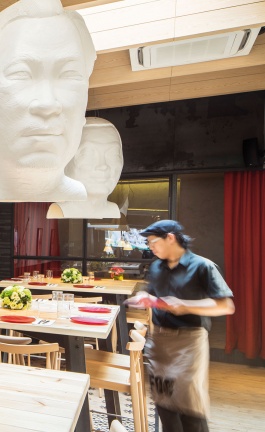 Somerset House in London is staging the UK’s largest ever retrospective of works by the revolutionary French fashion photographer Guy Bourdin. Titled Guy Bourdin: Image Maker, the exhibition is a highly curated selection of more than 100 colour prints, featuring a variety of previously unseen materials, from paintings to notebooks, and a pick of Super-8 films that underscore Bourdin’s groundbreaking work in fashion film.

Guy Bourdin was born in Paris in 1928. He was a protégé of American photographer and artist Man Ray, who was a leading light in both Dada and surrealist movements, the latter of which would largely influence Bourdin’s own work. In 1955, Bourdin made his first professional debut with Vogue Paris - a publication that was to be a mainstay during his career. Another career cornerstone was his work with French shoe label, Charles Jourdan. Bourdin’s arresting images for Jourdan were truly surreal; a somewhat bizarre juxtaposition of both real women, or mannequin legs wearing elegant heels set against an array of backdrops seen in the seductive form of the woman in a red dress and shoes standing on a ladder, the peculiar sight of mannequin legs walking by a bus stop and the vivid image of three legs tied and positioned on a railway track.

Under the editorship of Francine Crescent, the 1970s would distinguish Vogue Paris as a global leader in fashion photography. Crescent was interested in the ability of an image to arouse a reader’s curiosity, and to amuse and indeed shock their sensibilities. Visually bold, Crescent’s Vogue was ''the monthly ‘must-see’ for anyone young and working in fashion, advertising or graphic design.'' [source] At that time, Crescent afforded complete creative freedom to Guy Bourdin and another equally influential photographer, Helmut Newton. Their singular artistry was in realising the possibilities of an image, distinguished from the product, as a means to engender consumption. Bourdin did not present products in a typically safe manner, choosing, instead, to provoke consumer yearning through the use of a distinct narrative (such as those in the aforementioned images for Charles Jourdan). Alongside Newton’s black-and-white visuals, Guy Bourdin’s images at that time ''made Vogue Paris the most exciting fashion magazine in the world.'' [source]

There are many who will doubtless question Bourdin’s treatment of women and the female form, accusing him of objectifying women in the pursuit of the perfect artistic image. One photo in particular that causes much consternation is that of an unconscious (maybe dead) woman flawlessly splayed naked on her front, her head turned to show a heavily rouged face, with a stream of blood (it might be paint or varnish) flowing from her mouth. The image (part of Bourdin’s famed series for the Pentax Calendar of 1980) is an expressive one, somewhat disquieting and playfully erotic. Writing for The Huffington Post UK, Arts & Culture Blogger Victoria Sadler challenged Somerset House’s selling of said image as a postcard in its gift shop. She writes that: ''we are long past the point of tolerating pictures glamourizing violence against women being sold for profit.'' Although it is difficult to ascertain the true intended meaning of this Pentax Calendar image, or indeed others by Bourdin, undoubtedly the skill of a photographic virtuoso lies in the fact that he tasks the viewer with coming to his or her own conclusion.

We might ask as to whether Guy Bourdin was indeed audacious, an authoritarian, controversial, exploratory, exploitive, humorous, a perfectionist, a pioneer, a surrealist and theatrical? The answer would be clearly 'yes' to all; he was a man with many facets to his character. Bourdin died in 1991 and  his work continues to have the power to entertain and intrigue, to offend or upset and cause us to ponder upon our reactions. With his work Bourdin, one thing is certain, that he wished to convey an alternative view – one that was never simply black or white.

Guy Bourdin: Image Maker is showing at Somerset House in London until 15 March 2015.