& then design by James Bowler and Samuel Wright 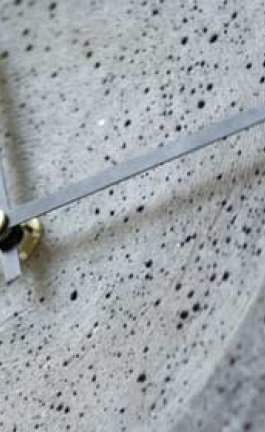 Published by Conran Octopus | September 2008 | £60.00 | Hardback
Everyone wants to know what Tom Dixon is going to do next. He is an icon, a self-educated maverick whose every move is followed avidly by the design, fashion and art world. Published to coincide with his appearance at this year’s 100% Design exhibition, The Interior World of Tom Dixon will get you closer than ever before inside the mind of this renowned designer.

The Interior World of Tom Dixon is not a history of design; it is a substantial insight into the workings of Tom’s mind – it sets out to explain the theories and methods of working that make up the fabric of Tom’s career as one of the world’s most widely respected designers. The book describes a personal approach and how through 20 years of experience, he has defined his own rules for categorising and describing different aspects of design. Divided into 6 visually inspiring chapters; Materialism, Constructivism, Futurism, Reductionism, Expressionism and Fundamentalism, Tom talks frankly about what design means to him, how he believes contemporary design colours the world around us and gives in-depth explanation of materials, processes and styles of design throughout history to the current day.

Tom Dixon comments “In an increasingly complex and chaotic visual and functional landscape, I hope I can share some of the excitement that I have the luxury of observing in these exhilarating, terrifying and explosively visual times. We all have instant access to bewildering quantities of images, but it is through processing and making links between different fields that I am able to think of something new. In this sense, this book is more of a scrapbook, the influences inside me.”

With over 700 colour photographs, this book is packed with visual stimulation that will inspire, seduce and show what really makes Tom Dixon tick. It exudes Tom’s enthusiasm for design, and with its textured cover and cutting edge look, it is an object of design in itself.
The Interior World of Tom Dixon is a personal vision, a fascinating insight into the mind of one of Britain’s most celebrated designers and a valuable resource of ideas and inspiration that anyone interested in design will lust after.

THE AUTHOR
Tom Dixon OBE rose to prominence in the mid 1980's as "the talented untrained designer with a line in welded salvage furniture". By the late 1980's, he was working for Cappellini for whom he designed the Iconic ‘S’ chair. By the 1990's, he was practically a household name. Tom Dixon was Creative Director of Habitat until 2008 after 10 years as head of design. Throughout his career Tom has held many exhibitions of his work and his designs have been acquired by the world’s most famous museums collections across the globe. Setting up his own design company in 2002 has given Tom a platform for iconic designs such as ‘Mirror Ball, Rubber Band chair and Beat light. Dixon now acts as the Creative Director of Artek the iconic, modernist company created in 1935 as well as the Tom Dixon brand, which have recently interior designed Shoreditch House for the Soho House Group and other iconic spaces such the Design Embassy at the London ICA. Tom Dixon launches new collections annually at the Milan international furniture fair and a range of over products across 48 countries.