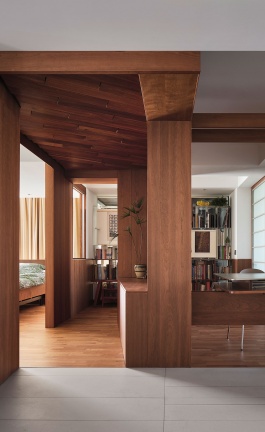 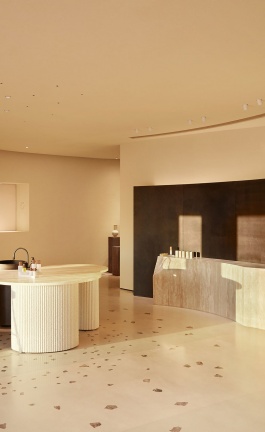 Up Close and Personal: An Experiential Exhibition in New York Celebrates Jean...

There are many celebrated artists whose work is considered iconic, few however can boast such a meteoric rise to stardom and lasting cultural influence despite their untimely death, and Jean-Michel Basquiat undoubtedly belongs to this elite group. One of the most famous contemporary artists of all time, he has become a mythical figure since he passed away at just 27 years of age in 1988, his legacy still looming large within the worlds of fine art, fashion and music. Ironically, his posthumous status as a cultural icon and art market darling – Basquiat is the second highest-grossing American artist at auction surpassed only by Andy Warhol – has overshadowed the young man behind the art. King Pleasure, a new exhibition in New York, organized by the artist’s two younger sisters and managers of his estate, Lisane Basquiat and Jeanine Heriveaux and his stepmother Nora Fitzpatrick, attempts to rectify this by intertwining his artistic practice with his personal life, influences and the times in which he lived.

Conceived in Lisane Basquiat’s words as an “experiential and multi-dimensional celebration of Jean-Michel's life", the immersive exhibition features over 200 rarely seen paintings, sketches, sculpture, books and ephemera owned by the family. Designed by Ghanaian-British architect David Adjaye, with exhibition graphics by multi-disciplinary design studio Pentagram, King Pleasure unfolds as a series of seven themed installations, including recreations of his childhood home in Brooklyn and his NoHo studio where he spent the final five years of his life. Located on the ground floor of the Starrett-Lehigh Building, a monumental city landmark in Chelsea and star of industrial modernism, the pop-up museum conjures an intimate and multidimensional portrait of Basquiat providing visitors an incredible portal into the mind of the artist.

Born in 1960 in Brooklyn from a Haitian father and Puerto-Rican mother, Basquiat started off as a graffiti artist in the late 1970s before turning to painting and bursting onto the New York art scene to radiant reviews – most notably in Rene Ricard’s 1981 article in Artforum magazine titled “The Radiant Child”. A self-taught artist, Basquiat rose to international fame in record time with his raw, gestural style of “naif” paintings combining graffiti-like images and scrawled text in seemingly “primitive” compositions which nevertheless offered biting social and political commentary. Drawing from his mixed African, Latin and American heritage, as well as pop culture, history of art and literature and current affairs, his distinct visual vocabulary of signs, symbols, diagrams and figures, including his trademark crown, won him widespread acclaim, wealth and stardom. He was soon partying at New York’s most exclusive nightclubs, hanging out with Andy Warhol and David Bowie and even dating Madonna, all the while working at breakneck speed – it’s estimated that he produced around 1,000 paintings and more than 2,000 drawings before dying from a heroin overdose in 1988.

Taking its name from the title of a 1987 painting, King Pleasure transcribes Basquiat’s storied life in seven chapters that provide a sense of place and context for the artworks on display. “1960” sets the scene with an annotated map of New York pinpointing the schools the artist attended, the galleries he exhibited in and the nightclubs he frequented. “King’s County” revives the artist’s childhood presenting a replica of the family’s home in Brooklyn, right down to the paintings his parents hung on the walls and the books they had on display, where visitors can see early artworks and sketchbooks, family photos, home videos and keepsakes, along with references documenting his experience of growing up in New York in the 1960s and early 1970s, such as cartoon characters, TV shows, street ball and news reports about moon exploration.

“World Famous” represents the artist’s inaugural foray into the international art world when he began showing his work in New York, Los Angeles and Europe, while “Ideal” introduces visitors to Basquiat's 57 Great Jones Street studio in NoHo where he lived and worked from 1983 until his death. "The studio [which was owned by Warhol] was always a little chaotic, a cacophony of music and television playing while Jean-Michel worked," the family says, and so is this one, brimming with drawings, sketches, personal effects and furniture including a TV playing 80s films, a boombox and the Comme des Garçons clothing he’d wear while painting, along with cigarette butts, piles of VHS tapes and books and paint splattered on the floor.

Several thematically arranged galleries showcase an extraordinary display of approximately 100 rarely or never-before-seen works. “Blue Ribbon” highlights some of the more important works in the estate’s collection, including the artist’s series of the same name; “Those Who Dress Better Can Receive Christ” features work that explore power, race, science, war, and religion revealing society’s hypocrisies and self-righteousness; “Irony of Negro Policeman” includes work that tackle racism, as relevant today as they were 40 years ago.

“Palladium” brings to life The Palladium, one of New York’s most popular nightclubs in the 1980s and 1990s where Basquiat was a regular and for which he created two massive murals in 1985, namely the 12-metre-wide "Nu-Nile" and "Untitled" – Keith Haring also painted a large mural for the venue. Exhibited for the first time since the building was torn down in 1998 to make way for student housing for New York University, Basquiat’s murals can be experienced in their original setting, Palladium’s Michael Todd VIP area, which has been faithfully recreated complete with a bar counter, tables with candelabras, and a working DJ booth. Lastly, “Place Jean-Michel Basquiat” functions as a closing tribute, presenting oral histories recounted by members of his family and close friends, as well as posthumous awards and exhibitions.

Accompanied by a curated Spotify playlist with music that Basquiat would listen to, and a beautiful catalogue from Rizzoli Electa, King Pleasure is a radical departure from the academic expositions that museums typically present, instead offering a new paradigm of how to mount a retrospective exhibition. Grand in scale yet intimate in sensibility, the presentation of Basquiat’s artworks is integrated into the story of his life, giving insights both on how the work was actually created and the inspiration behind it without ever feeling didactic.