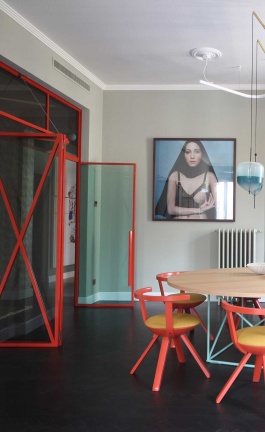 Marcante-Testa's Latest Apartment Renovation Is a Glamorous Reinterpretation of Venice 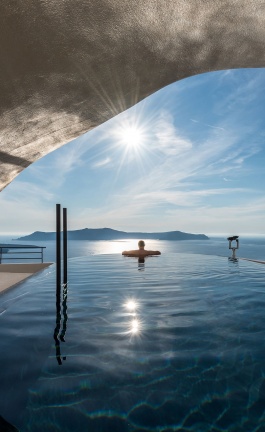 French photographer and visual artist Leo Caillard has a lofty mission: to reinvigorate the museum-going public’s experience and by extension reanimate our engagement with art. In our image-saturated age, where flicking through images on our digital screens has become second nature, visiting a museum usually means moving from artwork to artwork in a matter of seconds in an effort to consume as many stimuli as possible. The result, as Caillard explains, is that “people start to lose the ability to reflect on what they are looking at.” This is the impetus behind “Heroes of Stone”, a photographic series of marble and bronze busts of super heroes surreptitiously presented in a museum context.

Photoshopped into the Louvre’s collection, Caillard’s digital sculptures stand next to classical figures of Greek-Roman deities, emperors and philosophers, confounding the viewers since they appear both very familiar and out of place. Depicting iconic super heroes such as Iron Man, Flash, Batman, Spiderman and Superman, the busts emulate not only the physical characteristics of the historical sculptures but also the grandeur and thoughtfulness of their demeanor, right down to their majestic gaze and somber expression, as they perhaps contemplate how to save the world or establish world peace.

By seamlessly merging the contemporary and the historical in such an unexpected, playful fashion, while Caillard’s images raise questions about pop culture’s mythological status and art’s place in modern society, more importantly, they demand the viewers’ attention, by jolting them out of their visual stupefaction and asking them to critically consider what they are looking at and by extension reexamine their cultural and social environment.

This is not the first Louvre-based project for Caillard whose previous work include “Hipster in Stone”, where classical sculptures were digitally dressed in the latest hip fashion, “Hipster in Bronze” which featured a series of classical busts trendily accessorized, and “Art Game” whereby paintings in the museum were shown displaying navigation elements from iTunes, iOS and Mac OS X. Similarly to "Heroes of Stone”, these images "may not be real, but", as Caillard eloquently says, "they are true"; at least they could be one day.