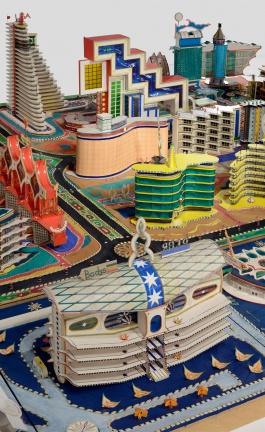 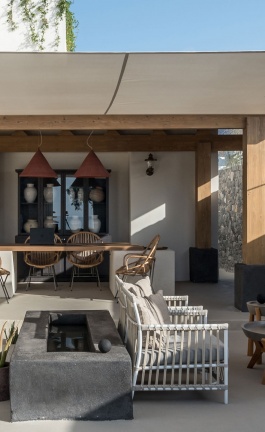 “Let’s Play!” Is there a more motivational, inspirational and challenging rallying cry than this two-syllable exclamation? For fabled luxury house Hermès, it’s also an encapsulation of its imaginative vision and creative direction that have been fueling Hermès’ past 180 years of design excellence. It will come as no surprise then that “Let’s PLAY!” has been selected as the Maison’s theme for 2018, a tradition that dates back to 1987 when Jean-Louis Dumas, the company’s late chairman and CEO, launched the “Year of the Fireworks” to celebrate the house’s 150th anniversary.

The playful sensibility of this year’s rousing theme is anchored in the brand’s passion for movement, freedom, imagination, fantasy, seduction and lightness, but “Let’s PLAY!” is also a rallying cry for people to break down barriers, let loose and have fun, while on a more fundamental level it is a harbinger of hope. “Doesn’t play itself form the outline of utopia? Could we create, could we invent, could we even just imagine if we didn’t play?” Pierre-Alexis Dumas, artistic director of Hermès pertinently asks, and judging from the company’s whimsical, jubilant approach to creativity, we couldn’t agree more.

The Maison’s clarion call to play was accompanied by a very exclusive invitation to attend the launch of its annual theme at Hôtel Salomon de Rothschild, a 19th century mansion a few blocks off the Arc de Triomphe, bequeathed in 1922 to the French government by the family of the eponymous banker. The invitation, which came in the form of an oversized playing card as our own Yatzer founder Costas Voyatzis can attest, had a very peculiar dress code requirement, guests were told to “come overdressed”, a playful prelude to the joyful, Alice-in-Wonderland universe that awaited them on that June evening on the Parisian mansion’s decked out spaces.

The venue was transformed into a "Play House” of carnivalesque sophistication and exuberant outrageousness where games reigned supreme, from board games, charades and musical quizzes to roulette and blackjack tables, optical illusions, and a sleek slot-car racetrack. The amusements on offer were manned by a merry troupe of actors that were more than happy to help out, play along and even fool around with the zanily dressed up guests. Clown-like jousters and their droll sidekicks, eccentric magicians, bawdy gameshow hosts, a gorilla, a pair of vaudevillian sphinxes and a dazed Mrs. Smith looking for her lost poodle were just some of the characters that colourfully populated the event to the delight of the guests. Spread over two floors and spilling over onto the garden outside, the games extravaganza turned guests into players, players into actors and actors into guests to the delight of all attending.

A short drive from the Hôtel Salomon de Rothschild, at the Musée des Arts Décoratifs on Rue de Rivoli, guests had the opportunity over the next days to explore another side of the Maison. Running until September 2nd, “Margiela, les années Hermès” is an immersive exhibition showcasing the creative collaboration between Hermès and Belgian designer Martin Margiela from 1997 to 2003. Originally presented in Antwerp in 2017 by the ModeMuseum (MoMu) in collaboration with Margiela, the exhibition is a fascinating dialogue between his women’s ready-to-wear collections for Hermès and the designer’s own creations under his eponymous label. Organized into themed sequences, the 100 outfits, photographs and short films on display juxtapose the understated, structural pieces that Margiela designed for Hermès during his 12-season tenure as creative director—his monochromatic approach a clear departure at the time from the brand’s vibrant prints—with the avant-garde, constructed-deconstructed cuts of the contemporaneous designs for his own label.

Set side by side, Margiela’s dual creations are distinguished by the background colours, orange for Hermès, and white for Maison Martin Margiela, a reference to “blanc de Meudon”, the hallmark for his fashion shows and the colour of the pristine overalls worn by his staff. Designed by Belgian scenographer and art director Bob Verhelst, the playful interplay between the orange and white asymmetrical chequerboard pattern that takes over the exhibition spaces clearly demarcates the collections but at the same time highlights the common threads that underpin Margiela’s creative sensibility: the rejection of logomania and standardization, the purity of cut and colour, and the reclamation of materials.

Hiring such an iconoclastic designer as Martin Margiela back in 1997 was a risky move for Hermès but it is also a reflection of the Maison’s enduring, let’s-play-ball attitude, epitomized by this year’s theme, which has consistently kept it on the forefront of fashion and design. With a new whimsical collection of leather goods inspired from baseball and basketball that includes a blue basketball-inspired backpack and a white bag with red baseball stitching, and “H-pitchhh”, a mobile gaming app where users score points by virtually tossing a horseshoe in order to unlock exclusive content such as virtual worlds inspired by Hermès illustrations, the Maison, true to its roots, once again reshuffles the pack. So let’s play!