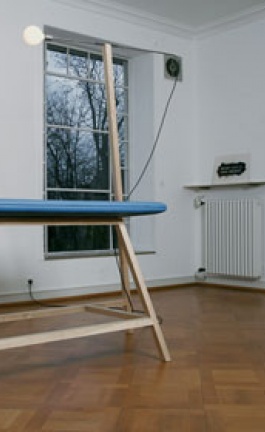 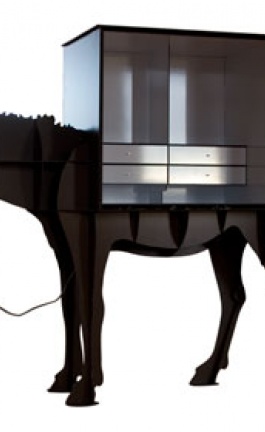 The Letter Museum’s mission is the preservation and documentation of letters, regardless of culture, language and font systems. Letters stand at the interface between written and visual culture. They are the basic building blocks of all semiotic textual traditions and written communication. Letters are ciphers with characteristic shapes and a variety of materials. They carry images, they flow together as tattoos, or they can be savored as pasta and pastries.
As a result of the increasing homogenization of the urban landscape quality crafted letters and signs are vanishing from the public space. Due to the disappearance of traditional companies, and also the rise of the Corporate Logo, regional and historic characters are being lost. The Letters Museum - established in 2005 by Barbara Dechant (39) and Anja Schulze (33) - works as a recycling company as well as an archive. The collected objects, having semiotic functions as signifiers in A, B, C, carry meaning independent of their material embodiment, fulfilling their functions across all aesthetic bandwidths.
So far there is no comparable museum dealing exclusively with the letter as the content-free sign. The plan is a museum in the traditional sense with unconventional exhibits. The goal of the Letter’s Museum is to awaken the public's interest and awareness in typography, and the collection itself.
The magic of the museum is the release of objects from their actual context, and will delight future visitors, from first grader to academic theorists and street artists to design enthusiasts.