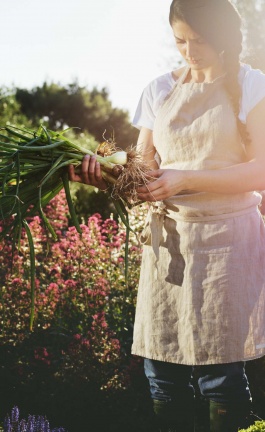 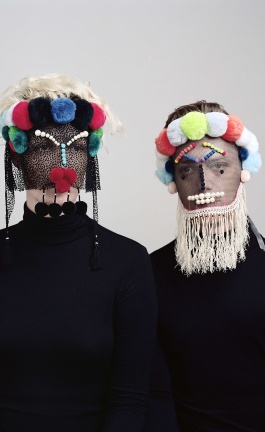 This summer, shoppers passing by 468 North Rodeo Drive in Beverly Hills, California, will have encountered a peculiar sight: instead of the luxury window displays that this prestigious shopping district is renowned for, all the windows of the elegant two-storey building have been seductively coated in sunset hues. The building is the temporary home of Louis Vuitton X, an immersive exhibition showcasing the Parisian brand’s creative exchanges and artistic collaborations during its 160-year history. Running until September 15th, 2019, after which it will go on a worldwide tour, the show brings together 180 items from the House’s archives, from early twentieth-century special-order trunks to limited edition bags by leading artists such as Yayoi Kusama, Damien Hirst and Jeff Koons, displayed in nine uniquely designed spaces, each celebrating a different aspect of the brand’s ongoing dialogue between the past and the future, heritage and modernity.

The combination of the snow-white, neo-classical facades of the two-storey corner venue on Rodeo Drive and the Instagram-friendly, yellow-to-orange-to-pink ombré on the windows couldn’t be a more perfect introduction to the brand’s enduring talent in interweaving tradition and innovation. In fact, the success of the brand’s original store, opened by its eponymous founder in 1854, was due to the ingenious combination of traditional trunk-making techniques with innovative design solutions and materials that made the customised flat-topped trunks lightweight and airtight. The pioneering luggage locks that Louis Vuitton’s son Georges designed a few decades later, and the ground-breaking window displays by Louis’ grandson Gaston-Louis in the 1920s further attest to the House’s enduring culture of innovation and forward-looking sensibility.

The brand’s unwavering commitment to both design excellence and innovation is showcased in one of the first spaces visitors encounter, “Origins: A Tradition of Modernity”, an immersive room of dusty rose checkerboard walls, floor and ceiling, some sections of which give way to an exotic seascape of turquoise waters. The section is introduced by one of Gaston-Louis Vuitton’ Art Deco-inspired window displays that has been recreated from archived drawings, featuring rare artefacts such as a picnic trunk in monogram canvas created for an Egyptian prince in 1924, and a unique racket case for a champion tennis player.

“Origins: A Tradition of Modernity”. Photo by Brad Dickson, courtesy of Louis Vuitton.

The brand’s high-profile designer collaborations are seductively showcased in the next space, an immersive room of mirrors titled “Reinterpreting Icons”. Featuring among other exhibits, a punching bag by Karl Lagerfeld, a photographer’s trunk by Cindy Sherman, a DJ’s record case by Helmut Lang and a bag-as-sculpture by Zaha Hadid, the installation showcases the reinvention of the House’s classic bags, silhouettes and motifs by some of the world’s greatest designers in celebration of the centenary of the iconic Monogram canvas in 1996, and again in 2006 and 2014.

Louis Vuitton’s creative irreverence towards its heritage is further highlighted in the next space, “The Monogram as a Blank Canvas”, and in particular the brand’s two classic motifs – the 1888 Damier and the 1896 Monogram. Visitors are treated to a kaleidoscopic selection of Keepall bags, an iconic piece of luggage designed in 1930, reimagined over the last 20 years by the House’s designers – Marc Jacobs, Nicolas Ghesquière, Kim Jones and Virgil Abloh – with the help of artists such as Jeff Koons, who drew inspiration from Da Vinci’s Mona Lisa and Rubens’ The Tiger Hunt, and Yayoi Kusama who covered the bag in her signature polka dots.

“The Monogram as a Blank Canvas”. Photo by Brad Dickson, courtesy of Louis Vuitton.

Perhaps the most pronounced indication of the Louis Vuitton’s deep-rooted bond to artistic creation however is “Art on Silk”, a gallery-like space where instead of paintings, visitors have the opportunity to view a collection of framed silk scarfs. Launched in the late 1980s, the “Textile Series” is an ongoing project where renowned artists, designers and architects are invited to express themselves through the medium of fabric. Striking designs by Sol LeWitt, James Rosenquist, Andrée Putman, and Arata Isozaki have been followed more recently by bold, iconoclastic creations by street artists from around the world such as OSGEMEOS from Brazil, French-Tunisian eL Seed, and American Kenny Scharf.

Of course the exhibition would not be complete without a tribute to the brand’s daring contribution to fashion that unfolds in two sections: “Art Meets Fashion” which presents a selection of clothes and accessories designed in collaboration with visionaries like Richard Prince, Jake and Dinos Chapman, and Daniel Buren, whereas “Lights, Camera, Action! Louis Vuitton on the Red Carpet” brings together 31 Nicolas Ghesquière-designed gowns and dresses worn by celebrities to the Oscars, the Met Gala, the SAG Awards and other major entertainment events.

After a multi-screen installation that guides visitors through the history of Louis Vuitton, the exhibition concludes with “Artycapucines: Six Visions of a Contemporary Classic” , which presents the latest addition to Louis Vuitton’s 160-year history of creative collaborations. Named after  the street in Paris where Louis Vuitton opened his first store, the Capucines bag has become an instant classic since it was introduced in 2013. Artycapucines is a limited edition series featuring six unique designs by six leading contemporary artists, namely Sam Falls, Urs Fischer, Nicholas Hlobo, Alex Israel, Tschabalala Self and Jonas Wood. Displayed as part of a rainbow-coloured installation, the six bags exemplify the extraordinary synergies that can be achieved when visionary artists join forces with skilled artisans such as those that work at Louis Vuitton’s ateliers, and further attest to the brand’s enduring love story with creativity.

The exhibition is complemented by a pop-up shop that takes over the building’s upper floor: ushered upstairs via a grand, candy-pink staircase, visitors find themselves in a sunset-hued shopping utopia complete with dusty pink palm trees under an imposing yellow dome. There they can browse an eclectic selection of women’s ready-to-wear, leather goods, accessories, fragrances and books, curated by Sarah Andelman, founder of Parisian concept store Colette and creative agency Just An Idea, as well as items from “Objets Nomades”, a collection of experimental furniture that Louis Vuitton established in 2012 in order to harness the creativity of the world's most-renowned designers. In contrast to your typical museum shop selling copies and memorabilia, the shop at Louis Vuitton X offers visitors the chance to take home authentic artefacts like the exhibits they admired downstairs; the brand’s dedication to creativity after all is not an end in itself but a means to make our life more beautiful.