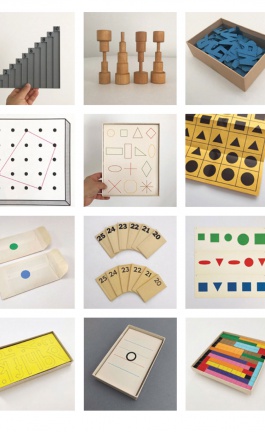 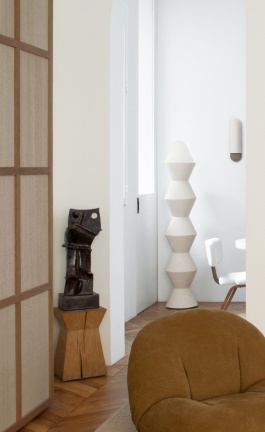 A Chinese Restaurant-Turned-Volunteer Centre in Kharkiv Embodies Ukraine’s Re...

Commissioned to design MAO, a new Chinese restaurant in Kharkiv, Ukraine, little did interior architects balbek bureau know that a couple of months after it opened in December 2021 the venue would be converted into a volunteer centre preparing cooked meals to citizens left without electricity and gas following Russia’s full-scale invasion. In a stroke of cosmic serendipity, the designers’ embrace of a DIY aesthetic and their focus on the creative re-use of discarded and waste materials, both of which reflect the restaurant’s authentic, no-frills Chinese cuisine, unintentionally yet evocatively encapsulate the resourcefulness, resilience, and perseverance of the restaurant’s owners and volunteers who stepped in to help along with the Ukrainian people at large.

Eschewing the stereotypical iconography of red lanterns and neon signs that most Chinese restaurants espouse, balbek bureau opted for an unfinished, DIY aesthetic of unpainted plasterboards, visible aluminium profiles, unframed mirrors, stacked wooden boards and bamboo scaffolding. Coupled with the building’s exposed concrete structure and masonry construction, which were left as found in their cracked, stained and peeling glory, the space feels unpretentious and casual, giving the impression of a project in progress, which in a way it is – the restaurant’s origin story is centred on the eponymous Mao, a young man from Yunnan province in southern China, who came to Kharkiv with a dream to introduce authentic Chinese cuisine to the Ukrainians, painstakingly building the restaurant with what little resources he could scrape together.

Far from creating an aloof, impersonal, urban-chic venue, the designers have ingeniously managed to imbue the space with a lyrical soulfulness by drawing inspiration from Yunnan’s diverse natural landscape of mountains, jungles and rice and tea plantations. Potted plants, bamboo “groves”, natural wood elements, canvas awnings and a 30-metre “reptilian” green bench snaking around the columns channel the aura of rural China as well as soften the swathes of rugged concrete.

As expected in a DIY-themed concept, custom-made furnishings abound. Opposite the entrance, a stepped structure made of wooden planks provides seating for guests waiting for their takeaway order or enjoying a quick coffee. Hundreds of nails hammered into the steps visually differentiate them from the seating areas while ensuring that they provide more grip. In the dining area, the aforementioned 30-metre bench is clad in emerald green tiles from Morocco that resemble reptile scales with custom wooden tables set up alongside it.

Additional custom furnishings include tables and benches made from 33,600 recycled bottle caps that have been converted with the help of No Waste Ukraine’s recycling workshop into slim slabs, bar stools which incorporate old stadium seats found in a flea market, and window awnings made from leftover material from a sail manufacturer, all of which attest to the project’s sustainability ethos.

Undoubtedly the most ambitious element that the team designed is the new mezzanine level which is propped up by bamboo scaffolding, a popular construction method in China, with railings, handrails and stairs also made out of bamboo. Finding non-decorative bamboo in Ukraine was a challenge finally, so balbek bureau settled on Georgian bamboo which was thicker and stronger than Chinese-grown bamboo and thus more suitable for bearing the weight of the mezzanine.

Over in the bathrooms, unpainted drywalls carry on the concept’s unfinished aesthetic as do the doodles and Chinese inscriptions by illustrator Myroslava Shevchenko which allude to markings that construction workers make on walls, while the custom-made washbasin, which is filled with jagged granite rocks upon which water splashes erratically, reinforces the connection with China’s natural landscape. And that’s not all, both toilet cubicles feature unique design features – one sporting a huge selfie mirror, the other illuminated glass through which the toilet’s piping can be seen – while outside a series of video and photo projections that range from Yunnan’s landscapes to cyberpunk graphics keep patrons entertained while they queue to use the bathrooms.

Sadly, it’s unknown when MAO will reopen. Kharkiv has been extensively bombed with half of its 1.4 million inhabitants having left the city. Having only suffered light damages, the restaurant still functions as a volunteer hub, preparing over 600 daily meals for Kharkiv residents and the Ukrainian army with the help of partners like the World Central Kitchen as well as at the owners’ own expense. One thing’s for sure, MAO’s fictional backstory has been eclipsed by an actual account of bravery, tenacity and humanity; whenever it reopens, this will undoubtedly be its true legacy.