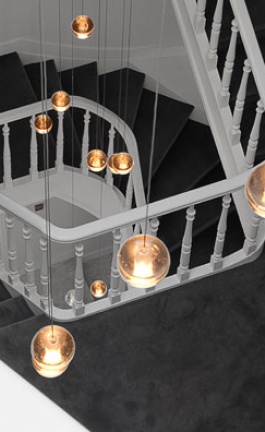 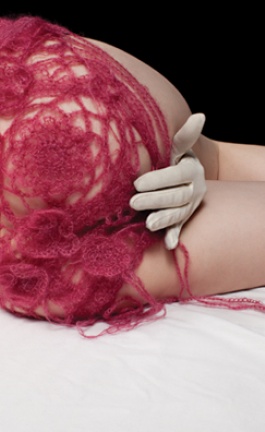 Once you come across the work of Matt Wisniewski, you cannot but be captivated by the magical air evoked through the infusion of natural elements into the heads and the bodies of his visual characters.  A self-taught collage artist born in 1990 in Philadelphia currently based in Brooklyn, NY, Matt admits that for most of his life, he has been experimenting with various artistic media.  He is fascinated by the creative imagery on display in the web which he is also part of.  Currently, he is finishing up a computer science degree at the Rochester Institute of Technology and is working as a web developer.  In his free time, he speaks his dreams through poetic collages which are on display in his personal inspiration board entitled ''Five minutes to live''. We sat down with Matt and tried to unfold this talented process of transforming reality into a dream and vice versa. Discover a selection of his collage series named ‘Futur couture’, ‘My home is the sea’, ‘Mineral minds’, ‘Miles to go’, ‘Halogen forest’ and ‘Cold embrace’, amongst others, while reading his exclusive Yatzer interview.

Apart from being a web developer, I gather that you are also a portraitist of the subconsciousness. How did everything start?
I'm not really happy unless I'm doing something active so that's given me a lot of time to experiment. I've been making things on the web and using Photoshop since my late childhood/early teens and creating art, well since before I can remember. My collage is a result of this experimentation.

What is the creative process in your collages? Do you select the body or face and then the infusion of natural elements on it or vice versa?
Typically I choose a portrait to work with first. Then I try various quick combinations of textures until something catches my eye. Occasionally I have an idea of what I'm looking at doing but usually I'm just trying to make something new.

Do you believe in dreams? Are you afraid of nightmares?
Are they based on reality? Sure, ideas have to come from somewhere. Are my experiences in a dream actually happening? No, certainly not. I can't recall the last time I had a nightmare. I'm not easily terrified.

According to French physician Alfred Maury, we dream of what we have seen, said, desired, or done. What inspires you, if not the material of dreams?
Alfred Maury (1817–1892), Le sommeil et les rêves (Sleep and Dreams), France, 1865 // Nous revons de ce que nous avons vu, dit, desire, ou fait
Other people inspire me. I'm inspired by what we're capable of and can't wait to see what we will do next.

Stormy seas, rocky landscapes, water floods, angry waves... Are you, in some way, trying to raise awareness on environmental issues that spark your interest in the natural world?
Not at all, I just enjoy the beauty of nature.

You’ve named your personal digital inspiration board 'Five minutes to live'.  Why did you pick this title and what does death mean to you?
I started it as a place to show quick experiments that I would complete in about five minutes. I didn't save any of the layers I used or anything else just the final image itself so I was unable to make changes later. What I did in that short period of time was actually the final result. This reflects how I prefer to work: I like to try a lot of ideas in a short period of time and later spend more time polishing the good projects.  The title is a kind of personal joke that I have that if I had five minutes to live I would open Photoshop and make something. I think that I might as well use that time to do something that doesn't die with me. I have no thoughts on death beyond rational considerations (don't jump off buildings, eat poisonous foods, that sort of thing) necessary for preserving my life.

One of your collage series is entitled 'Futur Couture'. Can you predict the future of the fashion industry?
Not at all. I suppose there's a trend toward a more daring and varied use of colour and that series certainly expresses that. I can't say for sure that any fashion designers will be inspired by my work - but it's possible.

What are your future plans?
Currently I've planned some projects with various photographers but I'm not sure which ones will actually get shot or when, but we'll see. One in particular involves the architecture of New York. I'm mainly focused on doing more large printable work since most of my best stuff is still small and I don't know the photographers.

Where do you envisage Matt Wisniewski TEN years from now?
Ideally married and self-sufficient enough from my past projects that I have the freedom to make whatever I desire day to day, be it a web project, collage or something else entirely.