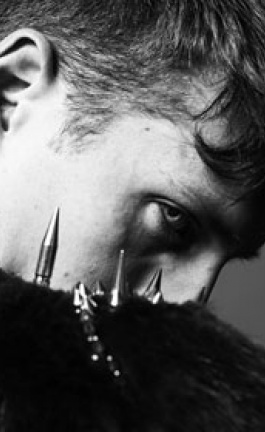 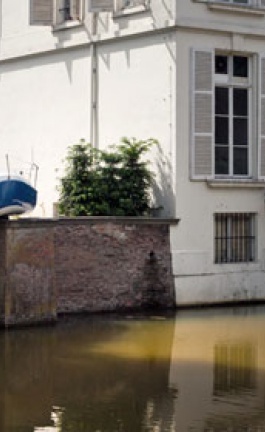 The Living Sculptures of Erwin Wurm

In order to begin showing you Mauricio Arruda's apartment in São Paulo, Brasil, we must go back and look into the apartment's history and its connection to its current state. Although the initial owner might not be entirely connected to Mauricio, the social and economic constituents that defined Brasil's modernism have relevance to the unfolded environment.

After military reign from 1930 to 1945, Brasil entered a democratic facet that prevailed from 1945 to 1964. After Getúlio Vargas' only elected democratic term ended in 1954, Juscelino Kubitschek de Oliveira led the nation into an economic boom that would last until the early 70's.  Furthermore, Brasil came back into dominance of the futbol world by defeating Sweden 5-2 in the 1958 World Cup after loosing 1-2 in the 1950 World Cup when they hosted. It is during this economic growth and modern artistic and architectural expression period that Brasilia becomes the new planned capital of Brasil in 1960. At the time São Paulo had 2.6 million inhabitants and acted as a major financial and cultural center of Brasil. Although it maintained a strong presence, the birth of Brasilia had a tremendous impact on the modern expression as it shifted to an enormous amount of projects developed in Brasilia by Oscar Neimeyer.

An economic boom, a new planned capital and the dominance of futbol with their golden child Pele gave Brazil confidence and power into a new modern era. They had it all!

So how is all this related at all to today's apartment own by Mauricio Arruda? Let's take a look.  The apartment in São Paulo was first purchased in 1957 at the beginning of this economic boom but things took a drastic turn as the capital of Brasil was moved to Brasilia in 1960.  At the time, São Paulo had 2.6 million inhabitants and its financial center was booming during this period. Although São Paulo continued to grow, architectural modernism and attention was re-shifted to Brasilia and perhaps casted a shadow on São Paulo until recent years.  Many decades later, we now see São Paulo at 20 million strong inhabitants and being at the center of financial and cultural center of Brasil once again.  Mauricio Arruda's apartment is just a short walk from Paulista Avenue, a main artery unfolding Brasil's modernism of the 50's.

São Paulo is once again strong, being a catalyst financial district to one of the BRIC nations and leading Brasil once more into an economic boom and also the host of the 2014 World Cup. Will Brasil make a statement and proclaim their power once again into another modern era? It seems to be always capped by their result in futbol so 2014 is a big date all Brasil is awaiting.

So now that we took a look at Brasil's past and its modern expression from the 50's, we can appreciate and unfold another chapter of Brasil's new modernism. The original layout of the apartment , two blocks away from Paulista Avenue was originally subdivided into social, service and living areas. Architect and product designer, Mauricio Arruda wanted to integrate the layout of this mid-century apartment in order to provide a seamless environment that defines his lifestyle and speaks to the changes Brasil has evolved to, economically, socially and artistically.

To achieve a dialogue between old and new, Mauricio redesigned the spaces, utilizing materials and finishings that were iconic to the 1950's palette and modern expression with a unique mix of furniture. The 150 meters squared apartment went through major architectural renovation as Mauricio knocked down all the walls except the central pillar that structurally holds the space together. This decision immediately speaks to Brasil's current free spirited nature and invites ample sunlight into the entire apartment, a staple of today's Brasil interior experiences.

Mauricio Arruda opted to change the location of the kitchen by removing a bedroom and transforming two bathrooms into one. This opens up the kitchen to the living quarters engaging people when socializing, another important facet of Brazilian culture. Floors, countertops and walls still refer to the period when the building was built but Mauricio is able to translate its context to its contemporary state. Keeping a language of the 50's was important to Mauricio as he is passionate about Brasil's modernism history and São Paulos' role in it. To achieve a subtle language of the 50's Mauricio painted the floor black and walls kept white in order for the furniture pieces to stand out; this gives the environment personality, variety and plenty points of interest.

Let's take a look at the diversity of pieces in texture, scale and materials in this fascinating  environment.

As you enter the apartment you are faced with the Jose Collection we featured last April, indicating the Brasilian hi-lo style of living.

''I redid this place to work as my laboratory of ideas that surround my mind. It is a reflection of my mood, my memories, my view on things, and what grabs my attention in the world.'' Mauricio Arruda

The living area is washed with ample natural light, bringing Brasil inside and exposing local Brasilian fabric and furniture, accompanied a George Nelson Bubble Lamp, a mid-century classic (1947) and part of the permanent collection of the Museum of Modern Art in New York.  The arm chairs and coffee tables and many other pieces are part of the private collection of Mauricio Arruda. As an avid collector of Brazilian mid-century modern furniture, Mauricio has purchased and collected these throughout the years and gathered them from flea markets around Brazil.

As we move towards the dining room, we cannot help but notice an element of royalty, gaming and visual literacy. The dining room table House of Cards, designed by Arruda blends perfectly with Jasper Morrison's AIR green folding chairs designed for Magis in 2005. The adjacent walls are filled with diverse work from many Brasilian artists. With photography by Marcel Gauteroth, Rafael Assef and Felipe Morozini, the walls act as a timeline of contemporary artists throughout Brasil's great nation. When you enter an occupy the TV room, you will notice a Florence Knoll sofa (1954), another mid-century classic perfectly blended with contemporary photos and illustrations from Marcos Villasboas and J. Borges. The white wire chair is by unknown artist but a staple of the 60's Brasilian balconies; it reminds us a bit of Bertoia's classic chair.

What is special about this interior environment is the attention to detail Mauricio Arruda placed on not only the contemporary pieces, but also how the mid-century pieces and materials would work together. An intentional dialogue of history, class, economic and personal narrative unfolds a powerful project that speaks highly of the designer and Brasil.  This apartment is a testament to high precious a home is when it speaks of not only the self but our connection to the environment around us.