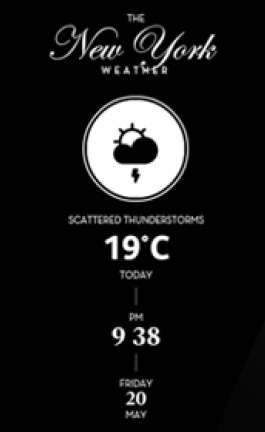 A Screensaver For All Weather 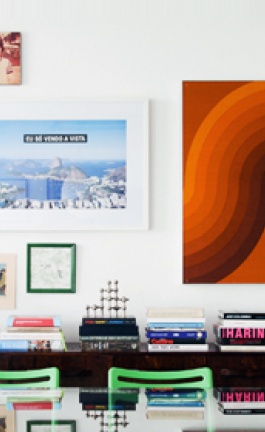 Interview by Predrag Pajdic for Yatzer

If Errikos Andreou was music, you might hear the tinkling of Tom Waits as a base line to the energy of Yma Sumac’s soprano and a recurring melody of something quite grand and classical; a simultaneous symphony of understanding. But he’s not music, he’s the outpouring of exceptional talent and as a comparatively recent addition to the professional photography genre, his space in the spotlight is easily deserved. What makes photography good art? Errikos does, with his invitation in each photograph to read the story, fill in the blanks and share whatever emotion is etched, sometimes in minute detail, on the faces of his models.

Of course, the fashion being modelled is also shown at its best, after all, fashion is at the heart and root of Errikos.  It’s easy to be lost in the texture of skin, caress of light and that scintilla of a relationship as it beckons you from the photograph to engage, somehow. There should be a public health warning added to his images.  They may well fire up your pulse, increase your blood pressure and send you into a dream state of imagination. The presentation of whatever stylist of current collaboration feels true as it reasons with you, and you might even begin to believe that it was you who ripped the postcard in half (Circus Tales), or painted the eyes and forehead (In Deep Colour).

But for such gravitas and style there is a most definitely soft edge to this Greek Francophile.  There is a sense of happiness in him with which it’s easy to engage and enjoy. Whatever controversy he is able to conjure through the lens, there is a distinct absence of it in his genial manner and gentle smile and he’s nearly always smiling. Why shouldn’t he – after all he has such a lot to smile about.

Only 3 years ago you decided to become a professional photographer. How did that happen?
At the time I was working as a scout for a model agency, which meant having available models most of the time. I was also doing styling for a couple of magazines as my background and my studies are in fashion. I was always an avid collector of photography books and magazines which trained my eye in addition to experimenting as a hobby with non-digital photography and dark room printing when I was still at school. So I had all the ingredients to get started. I bought a camera and just started taking photos. Everything fell into place very naturally and I could combine everything I had learned up to that point.

One year ago you moved from Athens to Paris. Why?
I simply love it! I long felt that if I would move again, my first choice would be Paris. I had a couple of contacts there with some model agencies so I could go and start doing some work immediately. Also Paris is very challenging as a city. It has seen so much talent though the years, so standards are pretty high and people really have to like what you do to present you with opportunities. So every opportunity that you get you really know that you have earned it. You really have to push yourself every day to become better at what you do.

What is your definition of a ''great'' photograph?
A photograph that evokes my feelings and thoughts as well as my aesthetics.

For me that is also a definition of art, an image that asks for reaction in addition to its aesthetic quality. What are the ingredients that make such image?
Everything plays its part in the final result. In some cases one element can be so overwhelming and beautiful that takes over and makes the photograph. But for me the most important ingredient is good chemistry. I photograph people and models instead of locations or buildings because I have a profound interest in people and they way they connect to me though the photographic process. And chemistry is a very big part of that. If you have good chemistry with the people you work with, models, stylists, make up and hair artists, assistants, the result will be fantastic, whether you are shooting in the Versailles or your back garden.

You are extremely passionate about your work. Are there any other hidden obsessions you would like to share?
I am pretty obsessed with magazines and books. I am, as I told you before, an avid collector. Probably because it was the medium of my childhood. That's where I discovered photography and fashion before internet came in our lives. Photography is almost intangible in the digital era. There is no film, no developing process, no paper. Photographs go directly from the camera to the computer onto the internet. That is why I love magazines and books, because they verify in a way what we do.
Also because they become more and more rare due to the internet, and also because it is a lot easier for anyone to make photographs in our day, being published in print is a form of achievement. So for me they are an inspiration of the things I want to achieve.

From where do you draw your inspiration?
I will not necessarily look at books or films for inspiration. My culture, experiences and references are always present and they control my aesthetics when I work and the moment, the chemistry
that creates the atmosphere and the feeling that surfaces though the photographs. And the result is what it is!

What makes you smile?
Everything. Much easier to go though life with a smile on your face!

Greek or French?
Diving into what French culture and enjoying what it has to offer me but definitely not French. Quite the Greek, but trying hard to shake off what I believe are the negative characteristics of being Greek.