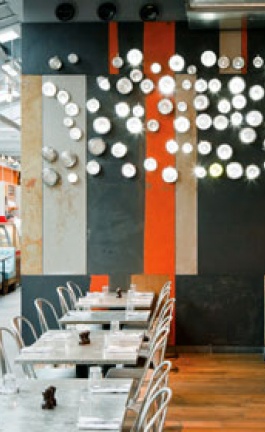 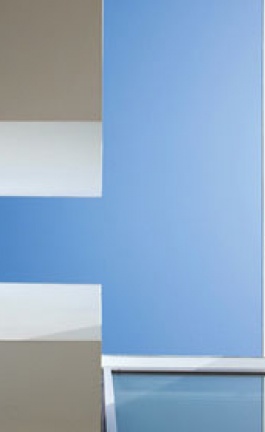 Imagine a building which follows some of the key principles of what is simply called good architecture, principles such as flexibility, security, geometry, symmetry and rhythm.  A building which is located in an up-and-becoming district of a metropolis whose inhabitants are characterised by their unique style and personality.  If this building was not constructed in the architecture world but in the fashion world, then it would definitely be the work of one of the most talented Greek fashion designers Sotiris Georgiou, who recently presented his latest collection for AW 2011-12, during the 13th Athens Fashion Week in Greece.

The designer’s first launch was in 2004, taking part in the Athens Fashion week with his very first women's collection. The atelier Georgiou remained solely feminine up to 2008.  Being not only a fashion designer but first and foremost a man himself, he was designing all his personal clothes himself.  This lead to all his male friends asking him "where did you find those fabulous trousers or T-shirt or Blazer" and the answer was always the same "I designed them myself".  So after being tired of saying the same thing over and over again he put the words into action. After a great public request we saw his debut men's collection in 2008, and since then the majority of his designs are tailored solely for men.  There will always be some unique women pieces created which could also be worn by men, as he now feels more triggered by men's fashion and has discovered his true passion for fashion.

Most of the fabrics used in his AW 2011-12 collection, were wool, cotton, silk and leather emphasising all the taylored details.  The entire collection was conceived after an urban observation.  During not only the economic, but moral and aesthetic crisis some words crossed the designer's mind such as fear, obscurantism and denial.  These words were translated through shapes, colors and fabrics "in the name of Fashion" and in the name of his "MULTIDIMENSIONAL" collection. The final result is quite hopeful, color wise Black reigns and represents our fear to change, but at the same time Grey flirts with black and white, not only in the color palette of his collection but also in the color palette of life.  Grey will become white for those selected few that really want this to happen...

Meanwhile, Sotiris Georgiou plays with layers as if they are parts of a changing world which is afraid to reveal its beauty. With this collection he proves that he is neither afraid to change nor to remove his hood and shake the stagnation of the Greek fashion scene. He aptly reminds us of the ancient Greek Highness through the art of draping.  In other words, REVELATION is the most powerful message to come out of his latest collection for AW 2011-12.

The REVELATION of our mood for changing the world for the good of mankind.