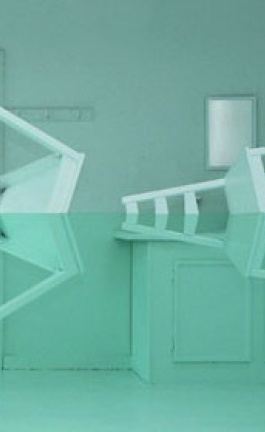 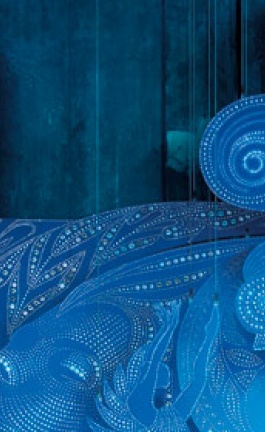 ''I design for people with taste. And in order to have good taste you should not be told what to wear,'' says Mundi Vondi fashion designer from Iceland. His designs incorporate abstract graphics, a fusion of colors and patterns unlike anything you’ve seen before. He is a welcome addition into the fashion industry, which according to Mundi ''needs variation.''  He is an artist and a fashion designer although he doesn’t like to be put in a box, and his is only 23 years old. Despite his young age, his biography includes numerous collaborations and an impressive load of artistic activities from the Biennale in Venice and the prestigious Frieze Art Fair in London with his artistic group MOMS. I met Mundi Vondi during a sunny day, in a pub in East London. He was wearing a sweater from his new Autumn/Winter Collection 2012, which he showed me along with some of the drawings he was making on his way to the capital. His sweater gave me an insight of his new collection and the graphic element, which prevails.

He says that knitting is an important part of his influences. ''I am inspired by knitting and its different techniques and I like to explore the future and what’s next.''  In his fashion film Rabbit Hole, this exploration of the future is evident as the story line refers to a different era. The girl featured in the short film is a witch who traverses a beautiful land whose scenery is rough but yet seductive. She comes across weird looking creatures, which she kills one after the other before sailing away. In explaining more about the film, he says that it’s not just a fashion video, ''there is much more in the film than the clothes''.

The film reminded me a bit of Matthew Barney’s work and I couldn’t wait to bring it up during our conversation. ''It’s very different from Matthew Barney’s work. Barney doesn’t give the audience the chance to follow the story. I like to deliver a straight story line where you can fall into and be part of it,'' he says. In his film, which he directed and wrote the script, Mundi says that the girl has a massive plan in mind from the beginning. He also confesses that he wants to make more films in the future with one more coming out next Christmas. ''It’s violent,'' he says without wanting to reveal more.

Talking about his Autumn/Winter Collection 2012 he states that he was trying to discover a new method of explaining patterns. ''I now have some really good quality of knitting to make beautiful patterns which my A/W Collection 2012 will incorporate.  These patterns are somehow repetitive but faint in others and thus you don’t see their repetition.''

Referring to the themes of his new collection, he says that this time the approach would be different. ''I used to have multiple colors in my previous collections and this one is going to be a bit more black and white.  However, I still try to press some colors anywhere I can. Clothes for me have to do with colors and they are the strongest message.'' Our conversation gradually led us onto color combination with Mundi insisting, ''there are no rules.'' ''I love weird color combinations that are not in our daily routine. I like to see colors that don’t work together. No one can tell what’s the best color combination. If you can balance the colors together the outfit is going to stand out as unique,'' he says.

When designing, he knows his clothes don’t work on everyone. ''I am just trying to add variation,'' he explains. Being new and so young in the fashion world, he is outspoken and very spontaneous something which is relatively rare. ''There is a lot of superstition in the fashion industry. People are egocentric and are proud to be evil. There is very few ethics but I think that the situation is changing. What I love is that new blood is coming in the industry.'' Talking about his successful career he says that the fact that there is so much creativity in the world should not push young people back. “It’s never enough,” he says “and people tend to forget about that.”

Towards the end of the interview, I asked him about his real name. ''It’s too complex,'' he said and we both laughed. ''I like to be called with my nickname: Mundi. My grand father, an old fashion art collector used to call me like that and he has been a big inspiration in my whole work.''