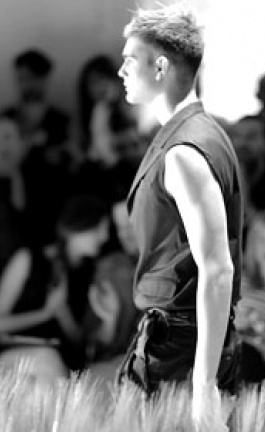 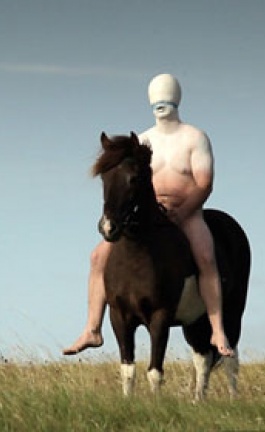 Fire, Earth, Water, Air, and ‘Bodhi’ are the themes in a sequence of exhibitions held over the course of this year - 2011, in different locations, organized by Gazelli Art House.  One of Yatzer’s favorite exhibitions, ‘Still or Sparkling’ the water themed exhibition will definitely be the talk of the town, and certainly one of the ‘secret gems’ of the summer exhibition schedule!  Highly sophisticated works with a lyrical beauty create a sense of wonder and a surprising bafflement to the viewer.  Romantic works with a sense of bewilderment explore the experience of light and space and inhabit a flamboyant world of elements made immediately tangible and real.

‘Still or Sparkling’ is situated in the chic environment of a beautiful Georgian townhouse in Belgrave House, Belgrave Square, London SW1.  Visitors will have the opportunity to travel over two floors of surprising and often beautiful installation created rooms, each room housing new and recent work of international acclaimed artists such as Noguchi Rika, Mike Calway Fagen, Hyo Myoung Kim, Henry Krokatis, and Kyung Woo Han.

‘Still or Sparkling’ (9 – 25 June 2011) follows up on the two previous exhibitions ‘Fired Up’ (10 – 25 February 2011) and ‘Down to Earth’ (1 – 21 April 2011) as it explores traditional elements which link all these exhibitions in this introductory year.  ‘‘Still or Sparkling’ explores a water themed exhibition; water in its mercurial beauty was the starting point for the artists as they examine the intuitive and the emotional qualities associated with water and the special place it was believed to inhabit between air and earth in classical symbolism.  The ‘five elements’ or the ‘five great’ in ascending order of power, have always been Earth, Fire, Wind, Water, and Void.  The inaugural exhibition explores in depth these elements; and so do the artists.

Artist Noguchi Rika, in her first commercial London exhibition will exhibit a suite of ethereal new works which use light to evoke dreams of flying and space travel.  Furthermore, she will exhibit new and recent works from her ‘Marabu’ series which utilize pin-hole camera techniques to capture the enigmatic and stationary body of Marabou stork at rest in Berlin Zoo.  The notable photographic artist who has exhibited to acclaim internationally for more than 20 years with lyrically beautiful and romantic works present an experience of travelling through light and space and inhabit a vivid world of the elements made immediately tangible and real.

Mike Calway Fagen illuminates the systematic disentanglement of humankind; the failure of humans comes much in the same way one’s life passes; once born you begin to die. Natural phenomena have been labeled incorrectly as “natural disasters”, the semantic difference demonizes and is used to prop up humanity by placing it under attack. Maybe we are under attack. Maybe the animals and the gods and the hurricanes and the earthquakes are mad and are on the offense.  The story of failure is one that will be revised for all time.  For ‘Still or Sparkling’ Fagen will exhibit recent works including ‘Progression of Regression’ which features a taxidermied German Shepherd dog at rest on the pelt of a wolf and a new site specific ‘ghost’ installation derived from objects found in and around Belgrave Square.

Hyo Myoung Kim a digital media artist with influences from the pioneering ideas of the early chronophotographers utilizes sound and light as he provides an evocative ‘map’ of the visual and audial experience; trapping fragments of time and movement in stackings of digital slit-scans which tantalizingly hint at their origins as music and video games.  Kim is a recent graduate of the Slade MFA program and his work has already come to prominence through collaborations including Mobile Reseach Station in Berlin, later this year he will also exhibit at the Massachusetts Museum of Contemporary Art in “An Exchange with Sol Lewitt.”

Henry Krokatis makes intriguing and beautiful sculptural works from found and reclaimed materials such as wood, mirrors, glass and wax. For Still or Sparkling Henry will exhibit one of his exquisite ‘Leaded windows’, made from the fragments of found glass discovered around the artist’s home and intricately re-worked to form a delicate stained glass window – suggestive both in the process of making and in eventual form an artistic and spiritual pilgrimage. Henry will also show a number of his gossamer-like smoke paintings, made by projecting the smoke from burning rags and candles onto canvas to create ghostly and ornate images of chandeliers.

Kyung Woo Han a multidisciplinary artist who employs sculpture, installation and multi-channel video to make highly sophisticated works which master optical illusion and create a sense of wonder and bewilderment in the viewer. For ‘Still or Sparkling’ Han will recreate his remarkable installation, ‘Green House’; in this surreal work a room appears to be half submerged under a weight of turquoise water, furniture floats and is in turn distorted by the process of viewing through this seemingly watery habitat.

Entirely ‘scented’ with symbolism and made with considerable talent, expertise, ability and artistry all the works in ‘Still or Sparkling’ define a starting point for the viewers own journey of imagination and discovery.  A discovery of the five powerful elements; from June 9th – 25th  2011 the element under examination will be water.  However, if you want to visit this magnificent exhibition you will have to arrange an appointment; all visitors are genuinely welcome and Gazelli Art House is more than pleased to accommodate groups as well as individual guests.  To arrange your own visit you may contact the gallery by clicking here.  Gazelli Art House is a commercial contemporary art organization dedicated to providing a new setting for the understanding and creation of art; it was founded in 2010 by Mila Askarova, and we’re pretty sure that with the ‘inaugural exhibition’ schedule it will definitely shine in its premièring year!