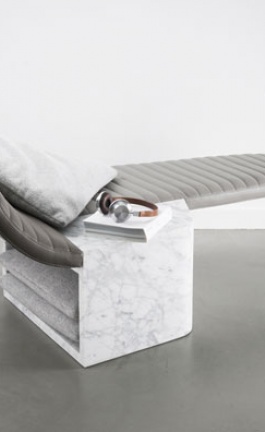 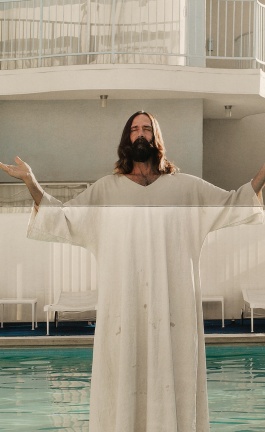 With their muscles flexed to the limit, still frozen forms are enshrouded in nothing more than a few puffs of vivid pigment or contrasting paint. Although it may seem that the performance is about to begin at any second, or, in some images, it might have just reached its cathartic finale, the absent audience is an element that is impossible to ignore.

In ‘Naturally’, his recent and ongoing series encompassing these dramatic images, Swedish-born photographer Bertil Nilsson has abandoned the usual theatre environment with its well-known, customary stage boards and has instead, placed his subjects against a more unusual and scenic backdrop that is an unspoilt natural habitat. The models, all of whom are professional dancers, appear to have been somewhat misplaced and inserted into the idyllic landscapes while their twisting, balancing coloured silhouettes, some caught-mid-air, amplify the stark juxtaposition of tense human form and its peaceful, still surroundings.

Described by Nilsson, who now resides in London, as a ‘personal journey of exploration […] of both the landscape and our role within it’, ‘Naturally’ was photographed across a number of countries including England, France, Spain, Portugal, Germany and Australia. The images, printed in an edition of 8 (+2AP) are currently being exhibited at a solo show dedicated to Nilsson at the Dutch Galerie Wilms, which represents the artist in the Netherlands. Although the show is scheduled to end this upcoming Sunday (12 January, 2014), the gallery intends to keep a number of Nilsson’s work on permanent display and will also show his work at the upcoming REALISME art fair in Amsterdam from the 15th through to the 19th of January.