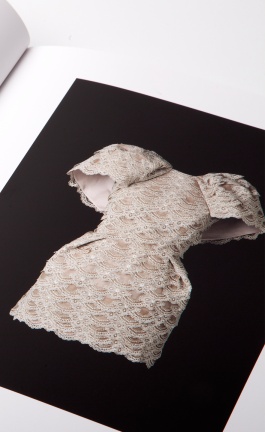 One of British recording history’s most significant spaces and one time arch rival of London landmark Abbey Road Studios, Olympic Studios has definitely seen its fair share of globally renowned musicians cross its threshold. Having hosted the likes of Prince, the Rolling Stones, the Beatles, David Bowie, Jimi Hendrix, and even Madonna in its recording studios, the space was however abandoned for the last four years, before being given a recent new lease of life by its new owners who have restored it to its former glory as a cinema – the role it once served way before its recording days.

The Olympic Cinema (Olympic Studios, 117 Church Road, Barnes, SW13 9HL) now has two screens, a café and dining room (both overseen by Jon Laycock with Andreas Engberg as Head Chef), a members’ club and a small recording studio (new owners Stephen and Lisa Burdge plan on continuing the site’s recording studio legacy with former Olympic engineer Chris Kimsey at the helm in the basement studio). Interior design heavyweight Simone McEwan, formerly the Design chief of the Soho House Group and Concept Director at Selfridges, was enrolled to oversee all the interiors which have been carefully conceived so that the studio’s rich history can shine through.

The studio originally opened as a theatre in 1906, to be transformed as a cinema before being turned into Olympic Studios in 1965. When the studio was put on the market, all that was left of the original structure was the building’s frame. Keeping the industrial and time-worn look of the place intact, McEwan has managed to warm the space with an array of cosy inviting sofas in more intimate areas like the dining room for example, handpicked vintage pieces and many rich fabrics whilst galleries of iconic pictures line some of the corridors.  The building’s former purpose is further reinforced by the carefully chosen materials used; such as the brass in the members’ bar recalling musical instruments (keeping the building’s musical tradition alive, in the rest of the building, young bands will be able to pop in and play a few songs for the punters).

The dark lobby which sets the scene with all the drama of show business leads to contrasting and colourful spaces. Although the café looks like yet another example of retro Brooklyn boho cool that’s in fashion at the moment, it is light, bright and refreshing in this case. The elegant lines of the deep plush scarlet screening rooms (one seats 125 people and the other 65) take us right back, back to 1910 when the building was converted into a cinema – except that today one of the screening rooms is equipped with a Dolby ‘Atmos’ 3D system, the latest in cinema sound technology. The bespoke brass tables positioned between the seats and the couches placed in the back rows for snuggling are just some of the touches that add to the cinema’s historic appeal. Original features like the beamed ceilings, exposed brick walls and beautiful herring-bone wooden floors adorned with the very same rugs that used to help soundproof the studios emphasise the building’s character and soul. All in all, it looks like the Olympic Cinema is set to be a riveting success for Barnes, the South-West London neighbourhood that was gasping for a fix of cool. Now it has it by the bucket load...