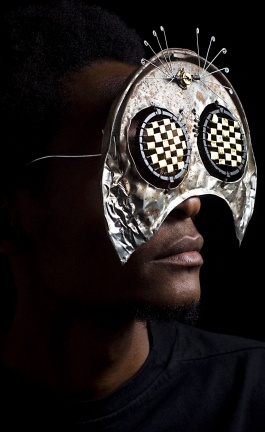 A Royal Weekend at Évian-les-Bains

A Royal Weekend at
Évian-les-Bains

Situated on the south coast of Lake Geneva in the small resort town of Évian-les-Bains, the prestigious Hôtel Royal possesses a colourful and illustrious history to equally match its luxurious interiors and privileged location. Standing prominently on a hill overlooking the town and a park filled with centennial trees, the hotel’s majestic streamlined edifice almost appears to balance on the edge between the serene blue lake and the towering alpine mountaintops behind it. And it only once you find yourself in such a magical location that you immediately realise why this well-preserved enclave has been a favourite holiday destination for royalty, heads of state and celebrities from around the world for over a century now.

In the summer of 2014 the historic Hôtel Royal, a true monument of a by-gone glamorous era, reopened its doors after a large-scale renovation overseen by French architect François Champsaur in collaboration with François Chatillon, senior architect at the French government’s department for national heritage sites (Les Monuments Historiques). On the occasion of the Hôtel Royal’s reopening, I was invited to explore this unique place, also the source of the famous Evian mineral water, for a three-day celebration organised for members of the press, which allowed me to head out and discover the area’s beauties — stumbling upon several surprises on the way.

So sit back, watch the video, and take a journey with me to the French Alps and Évian-les Bains!

Inaugurated in 1909, the hotel’s name is associated with King Edward VII of England, who was one of the first to reserve a suite there but unfortunately passed away before he had the opportunity to visit. The building, designed by architect Jean-Albert Hébrard, combines Art Deco and Art Nouveau influences, its clear lines reminiscent of a large white liner. Reflecting the status and wealth of its patrons, the hotel was of course lavishly decorated, including vast stretches of fine neo-Baroque watercolour frescoes on its walls and ceilings by Gustave Louis Jaulmes, a famous Swiss painter of the time known for his neoclassical style. In the hotel’s 150 rooms and suites feature precious woods have been used such as mahogany, rosewood, and Ceylon lemonwood that have now developed a subtle and precious patina that only adds to the sense of history the building emanates through its every corner, hallway and open window. Now part of the Evian Resort owned by the Danone Group, the Hôtel Royal offers a relaxing and health-boosting experience, not only thanks to the surrounding unspoiled nature but also because it enjoys the privilege of having the famous Evian mineral water run through its taps. The Evian natural mineral water has been praised for its therapeutic properties, and was of course the reason why the town of Evian-les-Bains became such a popular spa destination in the 19th century. Today, the same water runs directly from the glaciers high up on the Alps down to the town through seven designated sources, the oldest of which is the famous Cachat Spring.

The town of Évian-les-Bains is also known for its small yet prestigious music festival, the Rencontres Musicales, which takes place at the Evian Resort’s wooden auditorium named Le Grange au Lac. Designed by French architect Patrick Bouchain, the 1200-seater venue built by former Danone CEO Antoine Riboud as a gift to famed cellist Mstislav Rostropovitch sees Murano crystal and Bohemian crystal chandeliers by glass maker Saint-Louis and a ceiling covered with aluminium panels designed by Albert Yaying Xu in such a way as to enhance the hall’s acoustics. Impressively, the auditorium is not the recipient of any maintenance but instead is llowed to age naturally, in keeping with the forest that surrounds it. A well-kept secret amongst classical music-lovers, the festival has actually hosted performances by some of the world's most prominent musical artists.

A Royal Weekend at Évian-les-Bains