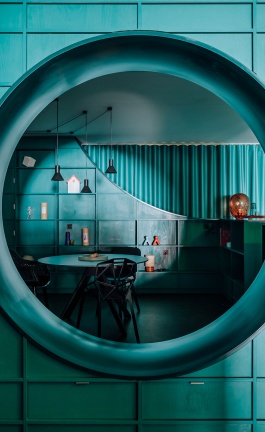 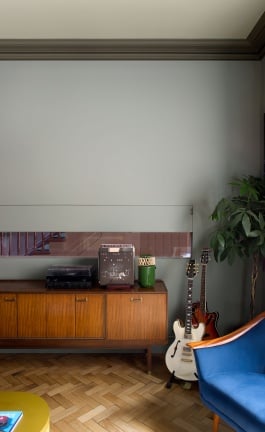 Classical Greece looms large in the country’s cultural heritage but when it comes to modern Greece, it’s the country’s customs and traditions that inform to a large extent its popular culture and that shape everyday life. Alas, modernity has been steadily sidelining folk culture, diminishing its relevance and obscuring its richness, not however if twenty-four-year-old Petros Kaminiotis has anything to do with it. Kaminiotis is the designer behind PlaymoGreek, a project that combines his favourite childhood toy with his passion for Greek folk culture. An adept folk dancer, he has been crafting elaborately detailed, miniature outfits for his Playmobils since he was five, both as a personal hobby and later as a way to showcase the fascinating complexity and astonishing variety of traditional Greek costumes to a much wider and younger audience.

Invented by Horst Brandstätter in 1974 as a toy that had “the maximum amount of play value for the minimum amount of plastic” – a push for sustainability spurred by the contemporaneous oil crisis – the 7.5 cm tall figure is one of the most recognizable in the world thereby rendering it the perfect model for Kaminiotis’ mission of cultural awareness. With several exhibitions under his belt, including at the National Historical Museum in Athens and the Hellenic Lyceum in Sydney, and a growing social media following, Kaminiotis has definitely been making an impact although, as he says, he still has a long way to go if he’s to depict the entirety of Greek folk costumes. Yatzer recently caught up with the young designer to ask him about his project, his passion for folk dancing, and his interest in photography.

How did the idea for PlaymoGreek come about?

That’s a long story. For a start, it was never intentional; I never thought that I had to find something “cool” to engage with. It began (and continues to be) a game, which, as I grow older, I approach through different angles. It goes without saying that my love for Playmobil was (and is) deep. When I was a kid, my collection was so big it filled my entire room. From pirates, cops, knights and farmers, I had every Playmobil figure imaginable, including those I stole from my sister, but it seems I still got bored playing with the same figures over and over again so I decided to change their appearance. I was five at the time and had just taken part in my first folk dance performance. I remember making a dance floor out of a chessboard and used paper napkins to transform my Playmobil Indians into Greek folk dancers. That’s how PlaymoGreek started, although the name came about much later.

At age 14, I decided to make some more, but it wasn’t until I was 18, having become considerably more knowledgeable on the subject, that I decided to seriously pursue the project, this time with better materials so I could copy the traditional costumes as accurately as possible. I’ve been doing it ever since, and will keep doing it until I complete all the regions and different costume types – which means forever!

Where does your passion for folk culture stem from?

This is a question I’m still trying to answer. The truth is it’s very difficult to discover the authenticity and allure of folk culture in a big city like Athens. Although there are many museums and traditional dance clubs, you need to find your own way into that “magic” world. For me, it happened at a very young age. My family comes from a village in Thessaly and when I was five my parents enrolled me in folk dance classes. My passion has been growing ever since.

How were you introduced to traditional Greek costumes? What do you find most fascinating about them?

My great-grandmother introduced me to traditional costumes. Until she passed away a few years ago, she wore her traditional wool dress every day. I was fascinated by how heavy it was and how she somehow never got too hot wearing it. It was much later that I understood how important it was for her. The most interesting about them is that they all have a story behind them, people who lived their entire lives, who experienced both sorrow and happiness, wearing them.

It was a woman’s purpose to make her own dress which she would wear for the rest of her life so they tried to make them as beautiful as possible. The dress signalled women’s socioeconomic status, if they were engaged or married, even how many children they had. Their outfit, in other words, was a way they declared who they were – exactly the opposite of what’s happening today. You walk down the street and everybody is dressed the same according to the prevailing fashion trends. It’s extraordinary how society has changed and how fast our traditional culture has been lost in just a few decades.

How accurate are the PlaymoGreek costumes that you craft? Where do you source the references your designs are based on?

I aim for absolute accuracy. My dream is to someday have a collection of authentic folk costumes, so making PlaymoGreek as accurate as possible is the next best thing. To so do though, I need to do a lot of research. In fact, research is the most difficult and time-consuming part of my process. There hasn’t been a day over the past five years that I haven’t been doing research.

There’s never a single source, I always try to cross-reference each design before I start making it. I study the relevant books, I visit museums and folk collections, and try to find old photographs, which are the most reliable source even though they’re black and white. I also keep in contact with a group of people who are familiar with the subject and, whenever I get the chance, I travel to different places to observe the local costumes from up-close and speak to the people who wear them.

How laborious and time-consuming is researching, designing and crafting a single outfit?

It’s quite a long process, even excluding the research which as I mentioned takes time. Once I decide on the costume that I’m going to make, I start by creating the sewing patterns, which was the most difficult part when I began as I have no dressmaking experience. Since every costume requires different patterns, this stage can take days. I then draw and colour the costumes, trying to depict every detail – this is the most creative part of the process. I then glue them to the Playmobil and add jewellery and other accessories. It takes on average over a week of dawn-to-dusk work for the whole process. The longest it has taken me for a single costume is 17 days - it’s perhaps my most valuable possession.

What kind of materials do you use? What is the most technically challenging part of the crafting process?

I use all sorts of materials. The costumes’ core is made out of paper that I paint with acrylics and markers or fabric that I stencil, but I’ve used clay to make some parts. In general, I make use of everything that comes in handy, from an earring clip to a fish hook. The hardest part for me is always the headpiece which is technically complex even in the actual costume, let alone on the PlaymoGreek scale.

At its core, the project is a whimsical way of showcasing folk culture through a contemporary lens. How important in your opinion are such creative efforts in terms of promoting Greek traditions and customs in comparison to museological efforts to preserve them?

Tradition is considered by many as something parochial, stuck in the past. Others see it as belonging in a museum, something that is purely informative, not something to explore and discover. People are receptive to information that appears familiar and friendly. This was something that was missing when I decided to work on PlaymoGreek.

By using a popular toy, I want to present an aspect of Greek folk culture in a creative and modern way in order to reach more people and in particular children. It’s so gratifying when people who come to my exhibitions who have no idea or who are biased ending up engaging in long conversations with me. The most touching moment was when a 12-year-old kid attending one of my exhibitions gave a detailed talk to his cousins after carefully listening to me speak for five consecutive days.

Traditional dancing is an important part of your life. In what ways does it enrich you? How does it influence your creative practice?

It takes me one-and-a-half hours to get to my dance club so you get an idea of how important it is for me. Besides the knowledge and love for folk culture that it has distilled in me, it has also brought me something even more important: friends. Friends who I share the same passion with, go out dancing and travel all over the country with in order to meet locals and participate in traditional feasts and other events. Furthermore, it has also taught me how to be part of a team and by extension society. In folk dancing, you dance for yourself as well as your fellow dancers. Through dance, I have also discovered new aspects of Greek folk culture, from new regions and customs, to new costumes.

Photography is an integral part of the project often featuring outdoor locations and elaborate set ups. How important is this part of your practice and what is the aim behind your photo shoots?

I love photography but I have no training. I try to be true to my aesthetic without worrying if it’s technically right. I also love travelling, as do my PlaymoGreeks, who have often travelled with for exhibitions in Greece and abroad, and this is something I like capturing with my camera. The most interesting trips though are those where they get to visit their place of origin and have the chance to be photographed with locals wearing the authentic costumes. This is one of my favourite photo shoot concepts. It’s such a wonderful feeling to see your creation being embraced by the locals.

Do you consider yourself an artisan, artist, hobbyist or folklore anthropologist?

Tough question. Maybe a bit of everything. I consider myself an artisan in respect to how I try to make accurate copies by finding new techniques, and an artist in respect to the creativity and love I pour into it. I’m definitely a hobbyist - I can spend endless hours sitting down in one place to make a single outfit but I still have a long way to go in terms of experience as well as studies to be called a folklore anthropologist.

What’s ahead for PlaymoGreek? What is your vision for the series?

I’ll be genuinely happy when PlaymoGreek introduces folk culture to as many people as possible. Exhibitions are the best way to achieve this which is why I want to enlarge my collection and create thematic groups, including traditional costumes from around the world. The latter would be an opportunity for a cross-cultural dialogue to discover what differentiates and most importantly unites us.