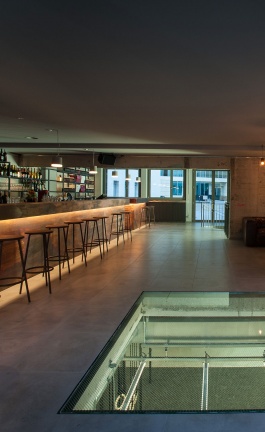 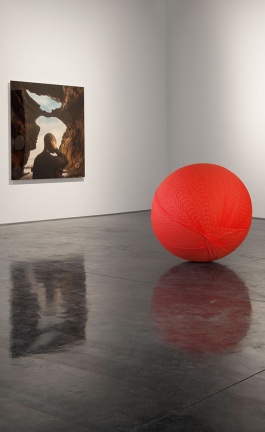 “Surface And Beyond”: Dirimart Opens New Gallery Space in Istanbul

Coming Together: Renzo Piano Talks to Yatzer about the Stavros Niarchos Found...

"When you begin a project you don't start from one thing and go from there; you start with everything together!" Mr. Renzo Piano enthusiastically shared with us when we met with him last week in the second floor reading room of the new, National Library of Greece, which is just one part of the Stavros Niarchos Foundation Cultural Center (SNFCC). It is a room full of the scent of fresh wood and paint, and the possibility of the realization of as many future dreams as there are empty shelves standing at-the-ready to house the soon-to-be incoming influx of two million books. The construction of the SNFCC also encompasses the new, impressive National Opera of Greece and the Stavros Niarchos Park with its open air Agora, Esplanade and cooling canal. Situated beside the Port of Phaliron in Athens, Greece, the project, since its conception in 2006, has greatly occupied the minds of Greeks in general and Athenians in particular. So it was with great curiosity that we visited the sunny and sprawling complex, a site that masterfully fuses nature with mechanical and structural ingenuity.

Southeast view of the SNFCC. The Stavros Niarchos Park and the facilities. Photo © SNFCC / Yiorgis Yerolymbos.

Architect, Renzo Piano, needs no formal introduction. The incredible buildings that bear his signature worldwide, such as the Pompidou Center in Paris, the Shard in London and the California Academy of Sciences in San Francisco to name but a small sampling, all share a single, remarkable characteristic -- the ability to enhance and create a positive impact on the surroundings in which they are placed. "The idea to make the Cultural Center [a place] of civic life came together with the idea to make a big park rather than 'eat up' the park space to make buildings," Mr. Piano shares with us with palpable fervor. "So, the park came first and then the buildings were created which are actually protected by the park. Everything comes together," he tells us referring to the cool room in which we are currently seated. "A library today is completely different from what it used to be," he says. "The first library I built was at the Pompidou with Richard Rogers, 40 years ago. Today, you have [to house] physical books as well as a virtual connection to the rest of the world. It's not just about the book anymore, it's about the spirit," he shares. "From the top floor reading room upstairs one can breathe," he says as he takes a deep, illustrative breath. "It makes it a spiritual experience. Of course, one can make a beautiful library in a basement… but it's different being surrounded by the energy of the sun."

"Have you visited the Opera House?" he asks, pointing out that the facilities have been designed to house not only operas but ballet performances as well as every other form of musical recital. "Building an opera house is a special thing; you cannot create it yourself. You have to use specific guidelines so that the operas produced in other places around the world, such as in Zurich or New York, can also be presented elsewhere, too. I love music. Ballet, contemporary music… everything. It all comes together!"

The respective lobbies of the National Library and National Opera are connected through the open air Agora space which was created as "a social idea" where visitors are encouraged to mingle, but at the same time, as a place which enables visitors to truly "feel" their surroundings.

Meanwhile, undoubtedly the most impressive, exterior feature of the SNFCC complex is the gently sloping Stavros Niarchos Park which turns into a green roof over the Opera and the Library and reaches a summit of thirty two meters. Planted with thousands of local Mediterranean flora, including pine and olive trees, as well as seasonal boxwood, oregano, lavender, thyme, rosemary and rose bushes, this soothing combination offers a sensory escape and respite for the general public.

But the Park isn't just aesthetically pleasing. "[When designing] you think about the energy," Mr. Piano tells us. "This is not just a tactical approach; it's inspirational. Because to think about energy and the spirit of the earth is part of the message we are sending out to younger generations. It is true that if you make a building you're not celebrating power or money, you’re celebrating the future. And this is it," he says as he goes on to describe the 100 m x 100 m photovoltaic canopy that shades the summit of the park and extends over the building's perimeter. Thanks to this, the SNFCC aims to be the first project in Greece to earn either a Platinum or Gold LEED certification. "The sun produces 2.5 megawatts of power which is enough to run this entire building," Mr. Piano shares with us as he extols the virtues of Greece's plentiful supply of solar power. "And [harnessing] this is, of course, about practicality but is also, implicitly, a cultural message  —that in the end this building doesn't consume any energy." He goes on to point out that rain water is also collected and then re-used to water the Park. "Everything has been done in such a way that the building is very wise, very sustainable," he says with the visible pride.

"It is a challenge but it has been studied and prepared in such a way so that, although it is one institution, it has different departments," he tells us regarding the projected administration of the SNFCC after it is given by the Foundation back to the Greek government at the end of 2016. Like the Pompidou Center in Paris, it is "run by one unique concept and that is public interest. Giving people a place to meet and share values. But at the same time, each one of the departments —the Library, the Opera, etc— must have its own soul. It's not easy, but this is where the Stavros Niarchos Foundation and the government meet."

Some people seem to be pessimistic about such a project being handed over to the Greek government in a few of months time and fear that public administration won't be able to live up to the task of sustaining such a remarkable endeavor. In fact, some people expressed this opinion during the press conference later on that day, but to this we must quote the answer of the Co-President of the Stavros Niarchos Foundation, Mr. Andreas Drakopoulos: "It depends on whether you see the glass half empty or half full."

"This [project] is the sort of thing you do exactly because there is a problem," Mr. Piano tells us in private as he goes on to commend the Foundation for not giving up on the project after the crisis broke but, rather, deciding to go ahead with it. "People need beauty and hope and this is something very important to tell," Mr. Piano says. "Of course, you cannot take food away from people to give beauty. But you can add beauty. Making this kind of public institution a reality is to create a center of civic pride, a sense of belonging. The pride to be an Athenian, to be Greek."

As our time with this very gracious and very inspiring man comes to a close we can't help but ask him one final question. If he could give a blessing to the Cultural Center for its future, what would that be? He smiles. "That it has a happy life. It's true! Buildings are like creations —you make them, you give them up and then, like children, you hope they will have a happy life." Amen.