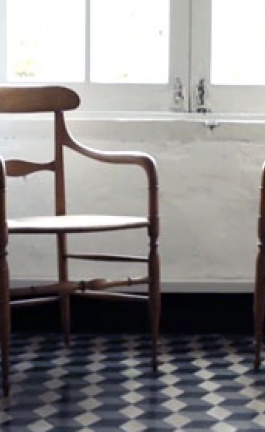 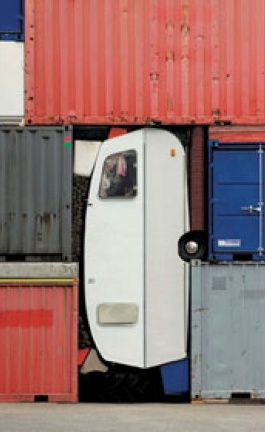 Over the last few years the design world has witnessed an unparalleled breakthrough of development.  The wide use of the internet, the establishment of design-dedicated portals,  the annual design fairs and exhibitions organized in different parts of the world have all given the opportunity for established and contemporary designers to open their horizons,  create more, become more inspired and most importantly broaden their scope of work and experiment with different forms of art and design. The Clash project, constitutes a sound example of this idea. Organized for the third consecutive year, the Clash concept was initially perceived by four friends over wine and chatting at a party.  The curator of the project Matylda Krzykowski with Branko Popovik,  Nawie Kuipers and Laurens Hamacher - the founders of the platform of the Clash concept,  are all professionals involved in diverse projects and actual promoters of design diversity.

The four friends established 'the Clash' as an attempt to give voice to the creators and designers who might not be specialized in a particular form of design. The purpose of the project is to create a 'Clash'  with fashion.   In other terms, through this exhibition, the founders are aiming to encourage young designers, who might not be specialized in fashion,  to create by providing them the platform  to present their work to an international  fashion- related audience. The  ultimate aim of FASHIONCLASH is to present fashion in its broader possible form; this achieved while other design disciplines employed by the non-fashion designers, such as photography, illustration, fine arts, video and textile are all  directly or non,  associated to the exhibited piece.

Fashion is art and art is freedom, and this idea seems to dominate the concept of the Clash project.

The first FASHIONCLASH show occurred in the summer of 2009. This year, being the third rendezvous, it took place between the 10th-12th of June 2011, and  the Clash project was part of the grand opening and the exhibition of FASHIONCLASH. Ten new participants than the former year presented their work, comprising artists who are directly related to art, design and creativity yet none had a fashion background.  As Matylda Krzykowski, the curator of the project explains every single participant  has their own unique style and background, which she attempts to convey to us with a single-phrase description, which we chose to provide for you below;

////// Sidi el Karchi is a Maastricht based artist concentrating on the genre of portrait painting. Wojtek Scherp, a Berlin-based artist, focuses on portraying Adolf Hilter, which for him is just a synonym on how a single human can have  the potential to be cruel. Sue Doeksen’s work is colourful, dynamic and very graphic. Swedish Designer Frederik Färg is know for his eccentric furniture pieces and artist Valentin Loellmann’s cabinets and stools set the tone of  past meets present.  Jane Bowler, from London, represents the innovative approach of a textile designer. Symmetry-obsessed Product Designer Fabian von Spreckelsen translates his vision of aesthetics in various products and  designer Niek Pulles is a Design Academy graduate whose work sets a new tone for many trend forecasters. Finally Gunnar Haemmerle, a fashion blogger who usually takes snapshots of people with remarkable outfits and the Nonstopnerds, who are a platform for 2d Arts, completes the participant list for the ‘Clash project’. All are linked directly to art, design and creativity, yet, not one has a background in fashion. This will be the third ‘Clash project’ and as with every year, the excitement builds from the fact that I never know the definite  conclusion of each outfit will be, until they are delivered to us. //////

Art is all about the freedom of expression and Yatzer is always proud to present and encourage the concepts that encompass this idea. We wish the best of luck and long for the outcome of FASHIONCLASH 2012.