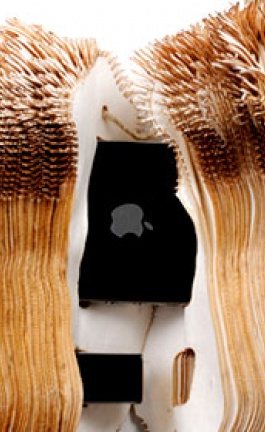 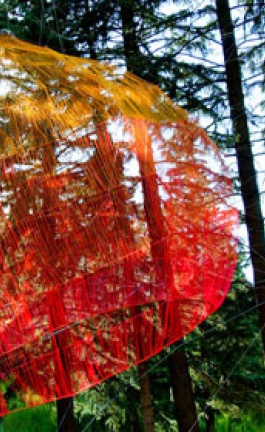 With its mission to promote and celebrate Architecture with the greater hope of making it accessible to a wider public, the ''Lively Architecture Festival'' came back in full force for the sixth consecutive year in the city of Montpellier in the South of France. Being a must see event in the summer calendar, the FAV festival (Festival des Architectures Vives) transformed Montpellier during the course of five days, into a creative hub with 11 Architectural teams in response to this year theme: “The Encounter”.

This year, the FAV received 120 applications and made a final selection of eleven teams of architects. One of the installations that caught our eye was that of Angela CO who created the ''Floats'', a site-specific installation of oversized silver balloon disks. The disks reminiscent of a donut’s shape were aimed at inviting people to explore their form and shape. The disks were a welcome addition to the courtyard filling the space and serving as a continuation of a research program that is in progress examining the possibilities of sensation that ephemeral objects in a constructed environment, evoke.

''Between Doors'', an installation by MOBA STUDIO (I. KovaÄeviÄ / Y. Vašourková/ K. Srámková / Z. Kuldová / B. Simonová / M. Neruda /T. Dufková), perfectly responded to this year’s theme: The Encounter. The array of doors, which the architects turned into an interactive installation, was aimed at reintroducing the public to the sometimes forgotten value of personal contact. Moba Studio selected different doors from demolished buildings and installed them in the middle of a courtyard inviting the public to open them thereby encountering their history and what they represent. The doors selected were from a prison, an apartment and a shopping gallery. When the visitors opened the different doors, they came into direct contact with the different ‘worlds’ that the doors represented. This intellectual game communicated to the public the meaning of a real and personal contact in a very direct and yet metaphorical way.

''Ma Cour dants ta cour'', an installation by Plux.5 (M. Charbonneau / O. Bourgeois / J-B Morissette / J-P Saucier /  E. Bernier) won the public’s prize and was aimed at investigating The Encounter between the image of the courtyard from Montpellier and the allegory of the Quebecois courtyard through its archetypes. The installation was playful, colourful and intrigued the visitors’ imagination.

''Expo d'expe'' by GoaGroup (N. Canessa / N. Pisani / G. Pisani / P. Raffetto) won the Jury Prize. This installation made out of huge white cylinders, invited the public to hide and wander around it. Again an undertone of the sense of community and communication was evoked and developed as the visitors explored this interactive installation. Once more, the Encounter theme was perfectly manifested through this sight-specific installation, which encouraged the visitors to leave their traces, by drawing on the white cylinders.

The ''DOTS'' Installation by RD Factory (S. Dambielle/ F. Roussin) was a passage of oversized dots aimed at encouraging visitors to take small and different steps. In such a way, visitors were able to create their own channel within the colourful dots around them animating and in a way dictating their own distinct route.

''Souffle'' by Hold Up Architecture (R. Bardin / G. Jounet) made a big impression as it looked like a foreign body, which had accidentally landed with the courtyard. Souffle, a word that in French means Breath, served as a refuge that the visitors could temporarily access. Inside the installation, a microphone invited visitors to use it and in such a way influence the projections on the ceiling.

''Le Mur Du Mou'', an installation by Yok Yok (S. Fuhrman / S. Lacoste / L. Pinsard) consisted of multiple mirrors, which reflected both the surrounding environment and the image of the person who explored it. This installation proved to be an interesting game, which played with perception, the image and the surrounding architecture. The ''Will'' installation by Universite D’AALTO was a textile sculpture in the middle of a courtyard. The light, which came through, created different shades while the wind moved the textiles making it look like a living organism within the space.

''Ondes De Choc'' by D!ENTRE (Florine Sachy / Arnaud Manneheut / Audrey Rzentkowski / Jérôme Scorielle), was a spectacular sound installation aimed at providing a meeting point between heritage and contemporary architecture. When people visited the courtyard, the installation moved and created sounds, which in turn symbolized the merger of the space’s heritage with modern architecture.