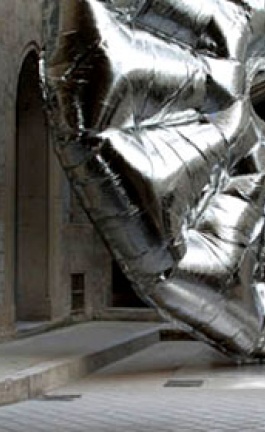 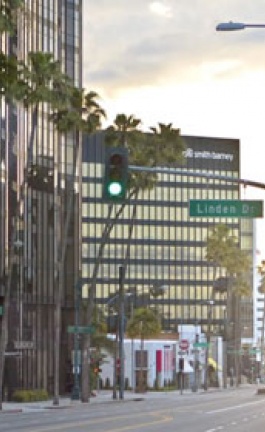 Sean McGinnis, the American born sculptor from Hays, transforms inner and urban spaces with his massive spatial sculptures made out of colourful strings and industrially woven ropes. Yatzer has the pleasure of presenting his work in focus looking forward to his new project entitled ''The Cathedral of the Wind'' which is going to be unveiled in 2013.

Sean McGinnis, here at Yatzer, took us by storm back in February 2011 when we presented the ‘Synergy of Art & Fashion’ exhibition, for which he created an impressive spatial installation from strings and industrially woven ropes which was used to host the garments of the different designers. (Read more here)

His sculptures creatively combine architectural influences and pay tribute to the space where they are presented. His art could be seen as experiential or even as performance oriented since most of the art pieces are sight specific and enhance a feeling that they are almost inspired by the surrounding space. Multiple bright coloured strings intertwine creating narratives about the space around them. His sculptures create visual patterns, which change when seen from different angles and being abstract in nature, permit the viewer to interpret them in different ways. In that sense, they become emotionally charged objects, which predispose the visitor, who in turn enjoys both a visual and almost intellectual experience.

A common material like a string and an industrially woven rope becomes an object able to alter a space in a very organic and natural way. The patterns, which sometimes are reminiscent of a spider’s web, attract the viewer’s attention and create an almost illusionary effect. On the one hand, when presented in a natural environment, they enhance various patterns, which can only be admired when the natural light is filling their multiple gaps. On the other hand, when presented in an inner sight-specific environment, the dramatic lighting creates and boosts the different visual geometric shapes accordingly.

One of his monumental installations: Crepuscule, for the Green Box Arts Festival in Green Mountain Falls in Colorado, almost pops out of the surrounding trees as an unrefined purely organic intervention. At the same time, his work named Cathedral, a gothic naïve in an ash tree forest, blends with the surrounding colours of nature while some of the more colourful ropes stand out making a strong artistic statement. Interestingly enough, the supporting structure of the ropes is almost hidden as it is placed in the middle of the trees.

The fact that they are constructed by hand and some of them almost defy gravity, lends the sense that they are living objects which peacefully inhabit within the natural environment. The choice of colours and the geometric shapes further convey some hidden themes that the artist seems to be concerned with. Such themes could be digital graphics and technology especially in the manner in which McGinnis chooses to present his work as interventions. One might even go as far as describing the work as a contemporary synthetic version of Andy Goldsworthy’s work.

Yatzer is looking forward to McGinnis’ next ambitious project!