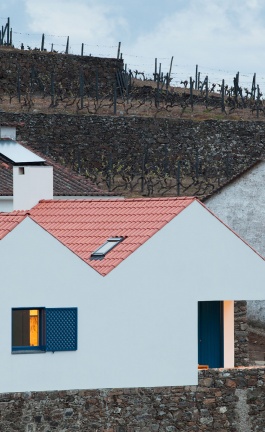 THE KID: Depicting Social Determinism Through Hyperrealistic Sculpture and D...

THE KID: Depicting Social Determinism Through Hyperrealistic Sculpture and Drawings

The Kid: 22 years old, of Dutch and Brazilian parentage and a self-educated contemporary artist. Through the medium of his artwork, this young artist questions notions of ''social determinism and the thin frontier between innocence and corruption.'' Truly remarkable in its exposition and finesse, his body of work is one that challenges the viewer to consider issues such as human tragedy, injustice, bias and intolerance.

THE KID uses a quote from Oscar Wilde’s ‘The Picture of Dorian Gray’ to explain some of the essence that underpins his thinking: ''Behind every exquisite thing, there is something tragic.'' Utilising incredibly vivid and visual hyperrealistic sculpture and illustration to portray his subjects, the results are formidable, imposing and provocative. This young artist succeeds in bringing the viewer to a halt and in asking them to deliberate over, speculate about and reflect upon what it is they are confronted with.

In an interview with the art reference journal Boum!Bang!, the artist describes how he was affected by experiences at school in which he was victimised by both peers and teachers (at a younger age, one’s way of interpreting the world is often limited to school and home). In the interview, he talks about how he was able to identify with the Columbine High School massacre and how he understands – to a degree – the actions of the two perpetrators (Eric Harris and Dylan Klebold). He views them not as monsters but more as victims of specific social conditions and considers their actions the consequence of a kind of social despair. In fact, the sculpture ''Do you believe in God?'' (at least one Columbine victim is purported to have been asked ''Do you believe in God?'' by their killer, hence the name of the artwork), actually represents THE KID in the position of a Columbine killer. Contrasting violence with desperation, the sculpture made of silicon, fibre glass, metal, human hair, oil painting and other varied materials, depicts a kneeling figure preparing to shoot himself in the mouth.

THE KID’s drawings of individuals were created using just a Bic pen and show actual people - young men serving life sentences in United States’ penal institutions. These individuals, incarcerated before the age of eighteen (in some cases before turning fourteen), will most probably live the remainder of their lives in prison as they currently have no likelihood of remission. Despite their separate crimes, the artist is curious about each personal story and what has taken place. His use of the Bic pen was inspired by the inmates who use them to outline their respective gang tattoos.

One particularly testing sculpture is titled ''Too young to die?'' It shows a baby (made with vinyl, mohair, oil painting and varied materials) lying in an incubator. The baby is covered with tattoos that symbolise the notorious Mara Salvatrucha{MS-13} (an infamous and mainly Salvadorian criminal gang). In many respects, this baby’s future has been determined by his social origins and the incubator plays the role of a metaphor of sorts - one in which society can choose to let this child live or take his life away. It is a powerful and affecting proposition.

THE KID: Depicting Social Determinism Through Hyperrealistic Sculpture and Drawings