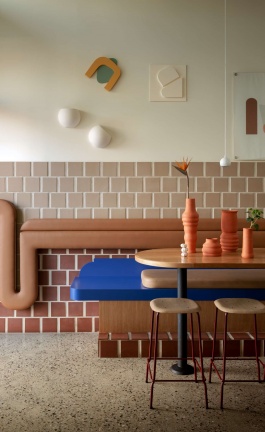 Torel 1884: A Boutique Hotel in Porto Showcases the Wonders of the Age of Dis...

Located in the heart of Porto, Portugal, Torel 1884 is the latest destination from the Torel Boutiques brand, their second in the city after the opening of Torel Avantgarde in 2017. Occupying a stately 19th-century mansion a few blocks from Avenida dos Aliados and the riverfront area of Ribeira, the new hotel comprises 12 unique rooms and suites, plush reception areas and an exotic wine bistro, with an additional 11 apartments in a separate building a few metres away. Inspired by Portugal’s maritime explorations during the 15th and 16th centuries, a.k.a the Age of Discovery, the hotel was conceived as a celebration of the cultural diversity that the pioneering Portuguese explorers encountered during their seafaring journeys to Africa, the Americas and Asia, each continent providing the basis for the interior design of one floor of the three-storey building. Designed by local studio Nano Design, the thematic interiors are neither nostalgic nor revivalist, conveying instead the refined sophistication of a modern, globetrotting art & design collector.

Much like the Portuguese Renaissance, which would not have flourished had it not been for the wealth accumulated from those faraway lands that explorers such as Vasco de Gama established trade routes with, the classical grandeur of the Torel 1884’s historic building is eclectically enriched by a trove of exotic references, materials and colours spanning three continents. Meticulously restored to its palatial grandeur by architect Miguel Nogueira, the mansion, which was built as the hotel’s name suggests in 1884, features large round-top windows, glorious high ceilings with ornate mouldings, and a magnificent central staircase-cum-atrium featuring a magnificent domed skylight. Yet far from a being a stuffy posterchild for 19th century neoclassicism, the interiors come alive through a handpicked collection of furniture and decorative objects from around the world, a rich palette of colours – think sand, terracotta, olive green, ocean blue and coffee – as well as textures, from linen, cotton and silk, to bamboo, raffia and cane, to ceramics and porcelain, as well as a bold selection of contemporary artworks.

Despite the exotic themes suffusing the décor, the renovation of the more-than-a-century-old mansion squarely relied on a series of Portuguese artisans, craftsmen and suppliers who were instrumental in restoring everything from the parquet flooring and stone cladding to the wooden balustrades and plaster cornices, as well as producing a series of bespoke furnishings from the wine bar’s marble and rattan counter to the handmade tassels in the guest rooms. Portuguese talent is also on full display in the artwork of Jorge Curval and João Pedro Rodrigues. Scattered throughout the hotel, Curval’s large mixed-media paintings stand out against the décor’s refinement with their bold, expressionistic paint strokes and abstract, raw dynamism, while Rodrigues’s sculptural installation in the entrance functions as an induction into the hotel’s sense of discovery. Based on Luis Camões’ Os Lusíadas, an epic 16th century poem by Portugal’s greatest poet celebrating Vasco da Gama’s discovery of a sea route to India, the installation features six angelic busts representing the celestial world and its deities, while thirteen darker busts on the opposite wall portray the physical world in all its limitations.

The Age of Discovery & Exploration introduced the Portuguese, and indeed the Europeans, to a trove of novel products and materials, from pepper and coffee, to porcelain and silk, which have since not only become inextricably linked to our daily lives but have also informed our cultural heritage. The hotel playfully pays homage to the cultural impact of the new trade routes by naming the guest suites and apartments after the animals, materials, products and spices popularized at the time. Take for example “Suleiman” and “Malagueta”, the two courtyard rooms on the hotel’s ground floor, whose décor is inspired by Africa: the latter a type of chili pepper that the Portuguese brought back from Africa, and the former the name of the elephant that King João III’s gifted in 1552 to Archduke Maximilian III of Austria for his wedding.

Also on the ground floor, Bartolomeu Wine Bistro, which is named after the 15th-century Portuguese seafarer who was the first European to sail around Africa’s southernmost point, offers exotic African vibes, a stellar wine selection of Portuguese vintages from small producers, and a delectable menu of snacks such as Portuguese sausage, homemade pâté de Campagne and tuna tartar.

On the first floor, “Exotic woods”, “Exotic birds”, “Coffee”, “Sugarcane” and “Tobacco” immerse guests in an Americas-inspired realm suffused in the rich colours of the Amazon, the emerald green of tobacco leaves, and the brown and black hues of coffee beans, as well as a range of textures from velvet to burlap and cane, while the top floor is dedicated to Portugal’s Eastern heritage.

Guests staying at the “Tea”, “Porcelain”, “Silk”, “Tapestry” or “Spices” rooms taste the riches of Asia. Colourful cotton and linen surfaces, banana-leaf wallpaper and a raffia carpet in the “Tea” room conjure the leafy green tea plantations, blue and white dominate in the “Porcelain” room which is majestically furnished with a canopy bed and an antique settee, while velvet curtains and silk tassels elegantly complement bamboo wardrobes in the “Silk” room.

On the top floor, generously illuminated by the natural light streaming in from the magnificent skylight, a well-stocked library and comfortable lounge constitute the perfect place for guests to unwind, serve themselves a drink from a vintage travel trunk turned into a bar, and leaf through any one of the books at their disposal. A book after all can take you on a voyage of discovery as easily as a sailing ship; Torel 1884 proves that a hotel can also do so and in considerably more comfort to boot.