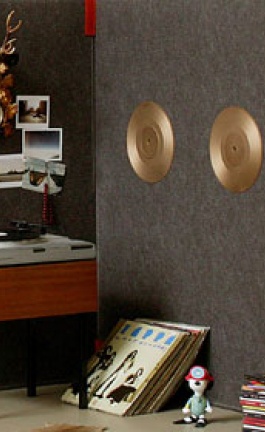 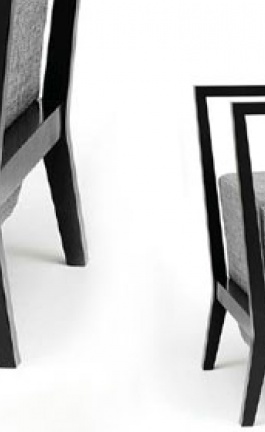 Schema by Geoff Machen for Isu

There are no words to describe how happy  I am for having the permission to share some paintings of my favorite painter Mr.Michael Zavros which are currently on view at Philip Bacon Galleries in Australia  ...and there wouldn't be better song to listen while you're reading this post  than Opus 23 by Dustin O' Halloran .

In more physical than cerebral times, trophy hunting was a life or death journey requiring craft, cunning, timing and strength. In a successful hunt, an adrenalised few minutes would culminate in the kill, after hours, or days, of stalking, with big game yielding not only meat but a souvenir in the form of horns, a head or tusks, a spectacular skin, a sought-after prize. A release of euphoria, emotion, even sadness or tears is commonly reported by hunters in the immediate aftermath of such a kill. The questing nature of this pursuit, with its inherent dangers, becomes an arc of memory contained, for the hunter, in the souvenir trophy.

This exhibition of new work by Michael Zavros describes trophy hunting as an end in its own right, with the trophy more likely a painting by an A-list artist, a coveted prestige vehicle, a strange or exotic orchid found only in the forests of northern Borneo, narwhal tusks or other natural curiosities, or creatures such as the Onogadori chicken, a bird bred for exhibition, which can barely move without human intervention. And then there are the designer labels ‘to die for’, peddled in the lush fashion magazines the artist buys obsessively, which plunge us into a world, like that writ large and small by Zavros, where fashion designers are treated like household names and codified like a new language with nuances that we instantly understand. Zavros is himself an A-list artist, outed as one of Australia’s ‘most collectible’ in recent years and regularly the subject of waiting lists for his work. This is his first exhibition with Philip Bacon Galleries and places him in context with many of Australia’s senior and most in demand artists. As a result the subject matter and circumstances of the exhibition in this venue gives his titling and themes an exquisite irony, one on a par with the sumptuous realism of the paintings and the low-patina black sculptures.

He is best known for his highly realist style of painting and its ambiguous portrayal of subject matter from male fashion to extravagant follies like horses and exotic chickens. The work has been praised for its obsessive pursuit of beauty which carries with it an air of melancholy, a warning perhaps that coveting objects or creatures no matter how rare or strange will not assuage the hunger that set us in pursuit of them in the first place. Yet still we hunger.
Zavros knows his subject intimately and obsessively. He collects fashion iconography. He was, in his teens and early twenties, a competitive rider, and as a child bred chickens and regularly and successfully showed them. Just over a year ago he moved from inner suburban Brisbane to acreage on the city fringe, and after ten years without animals (apart from the family cats) he has begun to surround himself again — with various chooks, peacocks, and a horse which grazes in his paddocks. The subject of Hanoverian is a neighbour’s warmblood performance horse, bred and trained for dressage. In this exhibition, many of the trophies come from his immediate environment. An inveterate collector — Zavros has an African Cape buffalo head, a bugling Elk, and various antelopes adorning his walls, a zebra skin graces the floor, and many paintings by friends and peers such as Archibald Prize winning Cherry Hood. There are also designer icons like the Le Corbusier chaise — and these observed and styled objects are recommodified here — through the challenge of another folly, realist painting.

A slow, obsessive technique sees Zavros buying the smallest paint brushes available and shaving them down further. Hours of painstaking work and an immaculate surface contribute to the thrilling beauty of these images and their ability to transfix the viewer. It is hard to look away, and when you do your eye is drawn back again, as though the meditative process in their making extends into their hypnotic qualities and reluctance to disengage. I am reminded of a passage in a book by Annette Hughes about her experience of The Wilton Diptych, an altarpiece from the twelfth century in London’s National Gallery:
The painter is anonymous — probably a monk whose body took its name with it to its grave, but the evidence of the life invested in that work is still vibrating, after all this time, with the energy of all the human hours it must have taken to make; all the love and devotion to stick at the task for long enough. When I stood in front of it, in the middle of the medieval galleries, the whole universe shrank to the space between my eyes and the surface of that mesmerizing work of art. (Hughes, Annette, Art Life Chooks, Fourth Estate, 2008: 284)
There is a similar sense of love, an ability to be transfixed by these images of such beauty which is inspired by Zavros’s work. The almost sinister pursuit of perfection that in itself is a trap — like being caught in the sway of romance for its own sake — echoes around Zavros’s paintings and is often its subject.

I love Versailles is a portrait of Marie Antoinette’s palace. In this large charcoal drawing, the architecture is rendered in all its detail, in the manicured gardens the sculpture is cloaked, and above the extravagance of the architecture, birds, themselves ensnared, form a heart. The manipulation of nature by man creates a double-bind to which both become subject.
This entrapment, by love, biology, destiny, is a theme to which Zavros continues to be drawn. His new sculpture, Swell, is a homage to the Pigmy Pouter pigeon, bred for showing, with a swell of the breast which overwhelms and obscures the head position of the bird. Its feet are fluffy with decorative extension of the feathers. Zavros’s sculpture reproduces this impossible bird, lovingly rendered in black patina bronze, tying it to the enslavement of fashion with the dandyish title of Swell.

Impossibly elegant and dandified too is Alexander McQueen/Bay, a polished centaur with the human figure dressed in iconic clothes from this high-end designer. The detail of the clothes is lovingly and painstakingly rendered as is the horse’s body and shiny coat. A pared back and almost blank background stretches either side of the image, giving no clues as to the origins or future of this centaur. The highly civilized man/beast is breathtakingly impossible, but the realism so highly plausible that the shoulders of the horse segue dramatically into the hip swagger of the original model. This centaur beguiles in its coolly romantic style.

The sensibility in all of these works is a discomforting glory in beauty, detail and objects, one that may be doomed to emptiness. Sebastian Smee described this sensibility as narcissism in 2007 (‘Brittle Beauty’, Weekend Australian, March 24–25, 2007), an apt analogy in the sense of excessive self love as told in the Greek myth of Narcissus, where the youth falls in love with his own reflection in a pool of water. Unable to move on he starves to death.

Mirror-like in their blank faces are two intricately depicted portraits on a large scale. Debaser/Burberry Prorsum and Debaser/Gaultier are images of two male figures, their hair and clothes meticulously rendered, while their facial features have been rubbed away. It leaves them in a curiously empty state with the individual distinction sought through fashion and commerce making only for anonymity.

But it is not only clothes that seduce us and the key work in this exhibition is 1820s Regency leather sofa/Favela chair/Champion Dachsund ‘Windkiedach Wiggle’/a Dale Frank. This painted rendition of a Vogue Living photograph shows a highly fashionable trophy for our times, the lush and exuberant Dale Frank abstract painting hanging over a Chesterfield-type leather lounge. A patterned rug, objects on side tables, another chair, ensure that this painted trophy is perfectly accessorized. With the ultimate irony of art enslaved by interior design — the old cliché about the painting matching the couch — and the vehicle, a magazine that makes us want, this image sums up desire. But the moment of halt and possession, a melancholic climax and an unpeopled interior, leave an internal emptiness as possible corollary to this dalliance in the world of luxury.

Trophy trickery is on the agenda internationally, with new museums in the US described recently by Jed Perl as ‘only brands designed to contain brands’ with trophy choices for these venues including Jeff Koons, Andy Warhol and Robert Rauschenberg. (Jed Perl, The Weekend Australian, July 26–27, 2008) Zavros targets yet reveres the thrill of the chase, the trophy hunter’s prowess, desire, preparation, fight to the death, and the melancholic mood which may follow. His interest in beauty is antithetical to much contemporary art, and the emotional engagement his work may conjure is at odds with an echoing internal sensibility in each work. But unlike much of the trophy art that Perl dissects, we are engaged by Zavros’s imagery. We want to look back, we want to allow its flirtation and affectation, even haunted by its echoes of a strange truth, we can’t walk away. It is aesthetic enslavement.