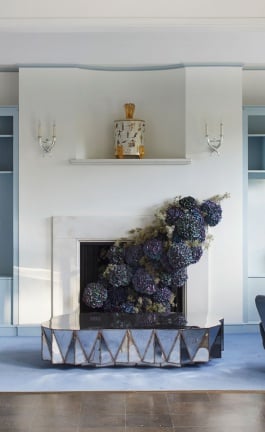 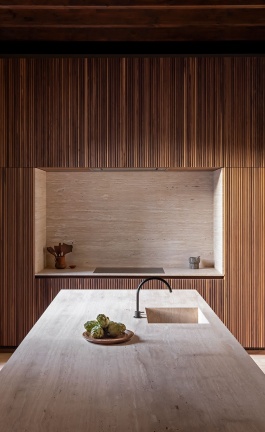 Uncle Tan's Drinking House Brings a Whimsical Taste of Singapore to the Greek...

A designer’s creativity can be judged by the projects they complete but sometimes it can also be gauged from the stories they weave. Case in point, the recently opened Uncle Tan’s Drinking House at Marina Zeas, a yachting marina located next to the port of Piraeus, Greece, whose playful Asian-themed interior design is complemented by an imaginative origin story. By connecting Singapore with Piraeus, Uncle Tan’s fictional saga that Athens-based interior, graphic and product design studio Studiomateriality devised not only informed the venue’s brand identity but also inspired its design quirkiness. Swathed in saturated neon colours and peppered with whimsical surprises, Uncle Tan’s Drinking House is as seductively elusive as the life of its eponymous protagonist.

Uncle Tan’s story begins in Singapore where he was born in June of 1953, the son of a Greek sailor, who didn’t stick around, and a local street-food vendor. Raised by his mother, he developed a passion for bird fortune telling – an obscure practise found in Asia as well as in many ancient cultures, including ancient Greece where it gets its official name, ornithomancy. When he was 23 years old, he was approached by Yannis who claimed to be his Greek half-brother inviting him to Greece to meet his family. Tan arrived in Piraeus 45 years ago and never left, working as a fisherman, albeit always missing his mother’s hawker stall. Tan’s two nieces opened the bar to pay tribute to their loving uncle - at least that’s the story according to the designers. That’s not to say that the theme is haphazard, in fact the bar’s owners have close albeit more prosaic connections with Singapore.

The bar’s bittersweet story is reflected in the idiosyncratic interior design which combines an industrial aesthetic of concrete and steel finishes that echoes Piraeus’ urban character with a kaleidoscopic profusion of red, blue, green and purple neon lights that allude to Tokyo and Singapore’s nightlife. Clues about Uncle Tan’s life abound; from a prominently displayed illustrated portrait, to memorabilia such as a lantern, a fishing rod, and numerous Asian cooking books - a wall inscription informs patrons that Tan’s favourite dish was laksa, a spicy noodle soup - to two quirky rooms, one filled with mini aquariums, and another featuring an arcade claw machine with toys like Picatsu and Hello Kitty. Larger and smaller dragon illustrations, part of studiomateriality’s branding, further enhance the Asian theme as well as function as health and luck symbols.

As expected, the Asian theme is also reflected in the bar’s offerings which combine inventive cocktails with Asian spirits, from Japanese sake and umeshu, to lesser-known brands such as gin from Indonesia, whiskey from India and Taiwan, and rum from the Philippines, to baijiu, a Chinese clear liquor usually distilled from fermented sorghum which is especially imported from Singapore. In terms of cocktails, reinvented classics such as the Singapore Sling, a gin-based recipe invented in Singapore a century ago, compete with signature concoctions like So Kiasu!, a remixed mojito made with sake and a grapefruit cordial, the vodka-based Chinatown prepared with jasmine, matcha and black tea bitters, and a new version of the classic Bloody Mary featuring kimchi paste and chilli sauce with wasabi. And if you’re wondering if Uncle Tan would have tried such eccentric cocktails, you can always give him a call, his phone number is on full display below a red rotary phone.