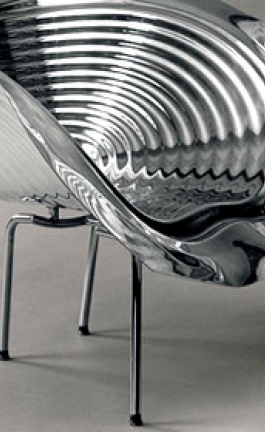 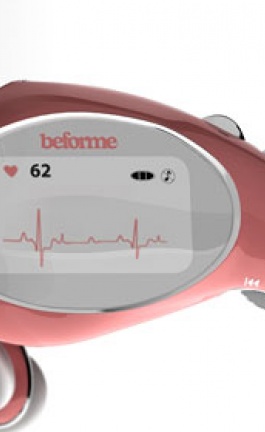 Torino “UseLess is More” curated by Beppe Finessi
JoeVelluto introduces a new critical view of design formed from industrial products and their functionality.
Eight original pieces which will become sixteen during the exhibition. At the beginning they appear without their primary function. After they are re-designed as partially useless objects, containing the essence of their original function.
As if it were equation: if design moulds function, the Adesign moulds disfunction.
As a demonstration of this statement JoeVelluto takes into consideration the chair, the icon of industrial design.
Starting from an anonymous chair, the essential parts that constitute its function are extracted: the seat and the back. The result is the “Partial Chair”. The chair becomes partially unusable, representing therefore a dysfunction. The two extracted parts are contextualized through space obtaining another object that contains the essence of the function, but that at the same time, is in its turn partially unusable, therefore partially useless. “Disfunction Chair” The design system keeps producing objects the world is already saturated with, and for that reason superfluous.
With “UseLess is More” JoeVelluto creates works constitutes by the heart of the industrial object (functionality) that intentionally declares their partially uselessness.
The works of “UseLess is More” represent the essential difference existing between Design and Art.
Industrial design produces useful objects with good taste. Art produces useless “things” from a functional point of view, but with meaning as its essential prerequisite.
The object is presented through its contradiction resulting in the generation of a different though.
The Contr-Ad(d)i(c)tion present in all the works adds while removing, generating the new expression “UseLess is More”.
“UseLess is More” is the first interpretation of the “Manifesto of Adesign”, a thought that partially denies design in favour of an original way of expression. Through the video of the artist Marco Chiurato starring by the professor Domenico Patassini, the concept of “UseLess is More” is explained with a logic/mathematical function.

ABOUT JOE VELLUTO
JoeVelluto is a thought which places at its centre research and meaning.
JoeVelluto is a design and a life philosophy. It is the absent designer. It is contradiction.
Formed in 2004, JoeVelluto is one of the most well-known Italian design and communication studios and first to explore the borderline between design and conceptual art. The Joevelluto design history began with the artistic research of its founder, Andrea Maragno, who, during his life has investigated the relationship between industrial mass production and the inner meaning of products. There are several projects that attest this transition. Above all “Rosaria”, the disposable rosary produced in pluriball (the material used for packaging). The concept of mass produced products, with their poor quality, is transposed and applied to a symbol of eternity and holiness to such an extent that the rosary becomes a disposable object, spirituality becomes temporary and serial. In 2005 JoeVelluto presents the book “Salefino: new Italian design tastes” printed by Abitare Segesta. A “manifesto book”, one of the first investigating four aspects of the new Italian design generation with a totally free approach, using photography, graphic design and illustration.
Nowadays JoeVelluto manages the art direction for several companies and lectures as visiting professor in various Italian universities.
The studio dedicates itself constantly to research projects investigating the correlation between art and design.
Since 2008 JoeVelluto has officially declared itself Adesigner.

The event is part of the Torino World Design Capital 2008