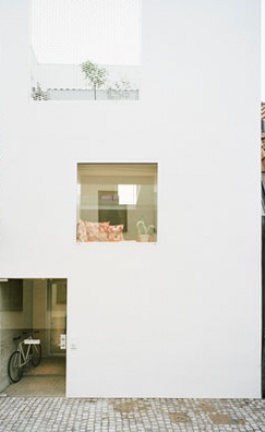 The Stark-White Townhouse by Elding Oscarson 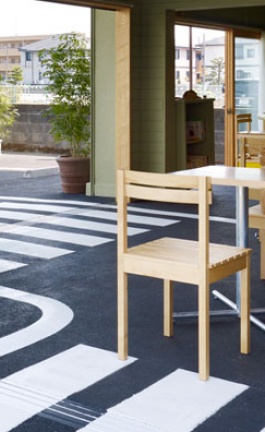 The end of an era has arrived. In the East lands of Spain, specifically in Rosas, lies Cala Montjoi, where the world famous El Bulli restaurant doesn't just serve but designs and engineers the most influential gastronomy the world has ever seen. Led by Ferran Adria, the team at El Bulli regard food as an avant garde product that should delight, surprise and excite. Whatever happens at El Bulli then goes on to influence the global restaurant industry.

This brings us to this week's VOW here at Yatzer. El Bulli's last supper was served last Saturday, July 30th, 2011 serving one final meal for Ferran Adria’s family and friends. Some of the guests included El Bulli alumni Grant Achatz, a favorite of mine Washington DC's Jose Andres, Rene Redzepi and Vogue food critic Jeffrey Steingarten. Adria prepared a 50-course menu featuring great dishes from the 21 years that he was the restaurant's chef. With the closure also came an acclaimed documentary ''EL BULLI: COOKING IN PROGRESS '' which Yatzer just watched at the Film Forum in NYC this past Tuesday. As lovers of great design, art and creativity, we value the immense work that Ferran Adrià and his staff have achieved over such an epic journey. Whether it is an end to a chapter or the end of El Bullis legacy is unsure yet. What we do know is that Ferran Adrià will be back with something new and hugely influential in the sphere of gastronomy.

For those who do not know about the El Bulli legacy and how it was conceived, here is a brief compilation of its history.

The story of El Bulli is a story of love. A fascinating journey that began in 1961 when Doctor Hans Schilling and his wife, Marketta came to Rosas  from Germany and bought a 100 meter plot of uphill land - Cala Montjoi. Cala Montjoi started as an informal gathering of open barbecues and events until they obtained a license to open a mini golf and named it after a breed of a French bulldog, the "bulli". By 1963, El Bulli became a beach bar serving an array of scuba enthusiasts that frequented the area. The growth was not tactical but a pure emotional connection to the place and the people who visited. By 1964, El Bulli was a restaurant serving simple food from the area. As Schilling's interest in gastronomy continued to grow, he visited many restaurants and started adapting dishes for the El Bulli menu. From there on, El Bulli continued to grow and the palette began to expand as Schilling continued bringing in new ideas and learning from the best dining experiences around the region. In 1975, the scene changed when Jean Louis Neichel, El Bulli’s chef at the time, changed the restaurant's way of working and by 1976 El Bulli received its first Michelin star.

Something quite extraordinary happens at El Bulli in its winter months; it closes. The closure of the restaurant doesn't mean that vacations start. On the contrary, this is when the exploration and research pertaining to the next season of food commences. This culture within El Bulli was established by its first owner, Schilling, and continues to be a staple of what makes this restaurant quite special. To this day, El Bulli closes in its winter months and the team goes to Barcelona to experiment, risk and test new gastronomic experiences. It is in this gastronomic lab where the heart and mind of Ferran Adria truly pours into the influence he has as one of the best in his field. Just a short walk to the market, the chefs explore and pick their curiosities from the different kiosks and head back to immerse themselves in a scientific-like process to understand the qualities of each ingredient prior to creating full dishes. Each test with the ingredients is documented, photographed and digitized for record. Notes, technique, visual stimuli, aroma, texture and ratings are documented to create a compendium of history in their creative process. The documentation of their process was the most intriguing component at El Bulli. The collaboration and communication between the chefs captivates you and their expressions make you laugh. These people are food geeks but in a good way!

El Bulli represents not just a restaurant but a way of thinking about our most basic need as human beings; food. We might come from different places, cultures and values but we all share the need to consume food for survival. This connection is at the heart of Ferran Adria's philosophy.

>> The story of El Bulli is one of chance. There is no searching. There is no strategy. When business schools use our story as a study case, they conclude that there is no logic. There is no such thing as the world's best chef. What matters is who is the most influential because this can be measured. It should be recognized therefore that El Bulli is very influential.<<

The documentary takes us on a journey of creativity, devotion and exploration. It demonstrates that food connects us all by consumption but separates us by culture. His team has made a life choice to work arduously in order to create stunning dishes that create excitement, emotion and surprise by combining a gastronomic experience that indulges health, economics, psychology, science, design and artistic expression.

>> For humanity, the two most universal languages are music and food. Every town in the world eats and every town has music. Either you eat or you die, no? The alphabet of this language is the ingredients. The words are created with technique. Ingredients and technique turn into words. With these words you can make sentences and with these sentences you make verses.<<

"Hopefully, we resemble Picasso, " Adrià mentions by taking something that is colloquial and symbolic of our past and dissecting it in order to create a new world of gastronomic experiences that speak of our global connection to food. Ferran Adria brought back the curiosity, adventure and desire to experience food away from home. The last time we saw this kind of social, cultural and experiential effect in food might have been when the gas streetlight was introduced in 1820 in Paris and activated the urban arteries where people gathered outside to eat. When you mention the term "foodie", it was influenced by Ferran. When you say "food truck", it was influenced by Ferran. When you see all these cooking shows on TV and the idea of a fine dining experience, it too has been influenced by Ferran. Today we celebrate food and the amazing 21 years of work under Ferran's management. Not only did they give their clientele an incredible gastronomic  experience, El Bulli gave the world a reason to care and fall in love with food all over again.