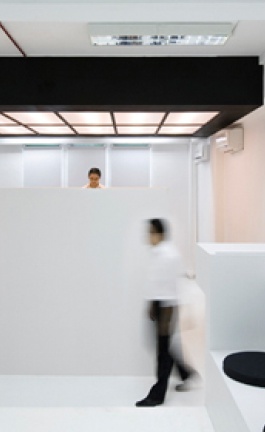 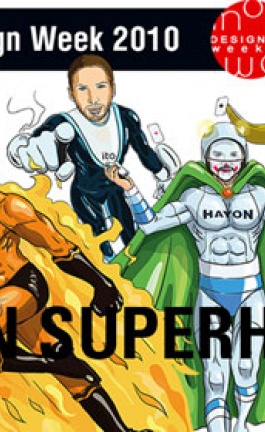 During Valencia Disseny Week 2010 we had the privilege to visit Lladró Headquarters, the famous City of Porcelain, in Tavernes Blanques of Valencia, Spain.  An area designed for artistic creation, with bright studios and workshops which combines factory and office buildings with leisure, sport facilities and spacious gardens for the workers and at the same time the place where Lladró sculptors have been creating their masterpieces since 1969.  The first buildings after two years of construction were opened on October 13, 1969 and with the company’s global expansion they were enlarged to reach 100,000 sq. feet.  Meanwhile, the story of Lladró starts in 1953 and I would like to share it in a few words through the text that follows before you take a tour inside the factory through the stunning images of Californian artist Nienke Klunder and the exclusive video that Yatzer reserved the rights to share for our readers!

In 1953 Juan, José and Vicente Lladró make their first creations inspired by an experimental vocation in a Moorish furnace built in their own home in Almàssera (Valencia). In this way, they develop their artistic interest as they work in a tile and crockery factory. These carefully designed pieces already have a special charm that awakens public interest. By 1955 they begin making sculptures in which a clear influence of the trends of the XVIII century can be observed. These pieces evoke the works of former porcelain artists such as Meissen, Sèvres and Capodimonte.  In 1958 Juan, José and Vicente decide to dedicate themselves exclusively to their own works and transfer their small company to a warehouse in the neighboring town of Tavernes Blanques, because the family workshop has become too small for their business. Demand for Lladró creations grows unexpectedly. The brothers introduce innovations not only in the design and style of the figurines but also in the firing techniques, reducing the three-layer firing to a one-layer process. One-firing is an innovative method which creates the crystalline finish and the pastel tonalities typical of Lladró works.

A growing number of sculptors, chemists and decorators increase the production of the brothers’ work. They soon decide to incorporate a logo on all their figurines. Beside “Porcelanas Lladró”, they add a Greek master piece, the Victory of Samotracia, thus associating their surname to the ideal of classical art.  In 1970 due to Lladró’s consolidation in the American market the logotype changed due to a desire to establish an association between science and art, the basis of creation in porcelain, as a result of the union between an ancient chemical symbol and the stylized version of a “campanillo”, a typical bell-shaped flower of the area where Lladró was born. The surname of the founders is printed under this image. (At this point we should mention that Flowers have always had a very important meaning to Lladró, as their creation requires expert hands. A group of artists is exclusively dedicated to this activity, giving detailed and thorough attention to this typical Lladró element, petal by petal.)

Since 1953 Lladró has managed to seduce thousand of lovers of fine porcelain art in the world with remarkable collections while  at the same time some of these works receiving important awards and being exhibited in several cities throughout the world. Awards including the Príncipe Felipe award for Internationalization (1993), for Competitiveness (1997) and for Renown Brand Management (2001), three awards given to the Lladró brothers by the Prince of Asturias and which represent a milestone for the company.

During the last decade, in 2005 the Re-Cyclos project was born, where important designers create new objects out of the brand’s classical pieces. In its first edition, the creative team CuldeSac creates original crowns and geodes out of Christmas ornaments while Bodo Sperlein creates items of jewelry and decoration in Lladró Re-Cyclos Magical. On another note, 2006 was also the year when the company brought the renowned designer Jaime Hayón on board, at the moment Artistic Advisor of the brand.

After our approval to participate @ FEED, the First International Bloggers and Media Meeting, which was organized by ADCV during Valencia Disseny Week 2010, I will never forget how it felt to read that the last day's schedule was a visit at the Lladró Headquarters.  Sixteen days later, I have to admit that this was an artistic revelation. There are no words to describe the passion and love of the artisans who were working on site while we were walking around them.  Almost like a surgical procedure, each figurine is unique and handled with care.  At the very beginning comes the artistic inspiration and after the first sketch, a figurine in clay is born and ready to be examined and approved by the Creativity Committee, made up by many members including one from the Lladró family.

The process of creation
What was the approved sketch becomes a clay model and is made in a plaster replica to provide the first mold, which will soon become the definitive mold for the porcelain figurine.  The molding process is time-consuming and often strenuous as a mid-sized figurine may need between 15 and 20 molds and sometimes up to 300 molds for complex piece.  Any fragments remaining from these molds are fixed by liquid porcelain paste to achieve an exact reproduction of the original model. Once the figurine is reconstructed, the ornamental process starts. To give it its final appearance delicate motifs are carved on its surface and all this is done with in compliance to the sculptor’s instructions. It is at this point of the creation process that the sculpture now has a facial expression and all the details, even the tiniest ones are delicately crafted.

The figurine is now ready to be painted and if it requires a glossy finish it is varnished, providing for that unique crystalline look that is so characteristic of Lladró.  Many Lladró sculptures display one of the most valued and differentiating features of the brand - flowers. Each flower is made, petal by petal, following a very fragile process in order to obtain exceptional, one of a kind creations.  Finally, the sculpture is put to its final challenge, the test of fire; it remains there for approximately one whole day in a kiln at over 1300º C.  The porcelain vitrifies, the varnish crystallizes and Lladró’s true colors, which have not previously been revealed, come to surface.

To ensure the quality of Lladró’s figurines, the sculpture undergoes several quality controls once the crafting process finishes.  Very few pieces do not comply with Lladró’s quality standards are thus destroyed, on the other hand most pieces make their way successfully to the end.  A large team of craftsmen contribute to developing Lladró sculptures, making each of them unique: painters, ornamentalists, flower artists… All of them pool their knowledge and expertise to create a piece with the highest artistic and technical quality.

Yatzer would like to thank the Lladró family and Team for giving us the opportunity to discover the secrets behind the process of their unique figurines and of course once again ADCV for introducing us the secrets of Valencia design scene!