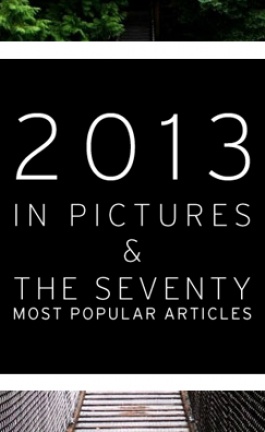 Yatzer 2013 In Pictures And The 70 Most Popular Articles 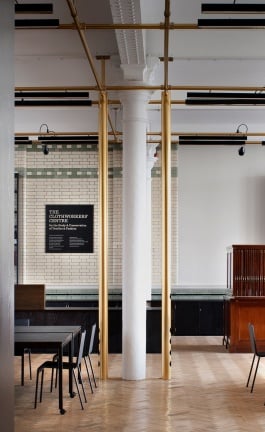 The Clothworkers’ Centre for Textiles and Fashion Study and Conservation

According to Chinese Astrology, 2014 is the year of Horse which for the Chinese actually starts on January 31st through to February 18th, 2015 (Lunar New Year/Spring Festival of China). So what better way to begin a brand new Yatzer year than by being inspired by incredible images of this most noble of animals in the early phases of its gestation period. Captured by London-based photographer Tim Flach, known for his highly conceptual portraits of animals, the images are truly awe-inspiring.

In horses, the gestation period usually lasts anywhere between 320 to 350 days. Flach’s photographs were taken in the earlier stages, on Days 10, 35, 65 and 85 to be exact.  ''In its earliest, undifferentiated days, the milky white form might appear to be that of either human or equine. But by day 85 the graceful, 5.5-inch-long figure - suspended in formalin and photographed through a glass container—is undeniably a horse. You’re seeing something in its design stages.” - Tim Flach.

The first photograph of the 10-day-old thoroughbred embryo was taken whilst in transit between mares at the Equine Fertility Unit in Newmarket, in the United Kingdom (Flach literally had a matter of minutes with which to artfully capture the image of the embryo in a Petri dish). He continued taking pictures on Days 35, 65 and 85, all of which were published to worldwide acclaim in his first book, ''Equus'' in 2008. The aptly titled, comprehensive photographic study of equus, or ''the family of animals: that goes from Ass to Zebra, but is mostly Horses'' as Flach claims, features 180 photographs of forty different horse breeds, including donkey and zebra breeds.

Let this captivating, emotive development of the much-loved horse - from embryo through to fetus inspire you – as we all welcome the birth of a new year filled to the brim with the fulfillment of our dreams … A HAPPY NEW YEAR TO YOU ALL.