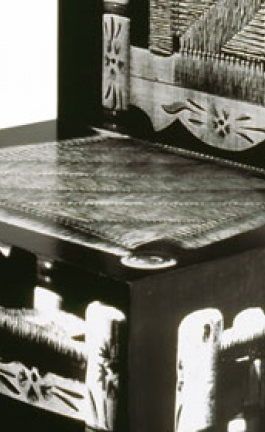 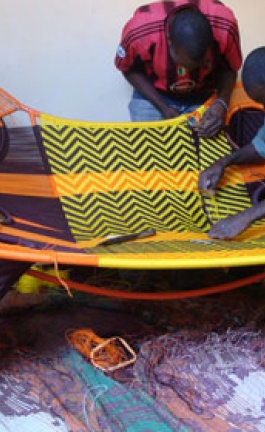 As of the 17th May the Design Museum closed its doors to the Hussein Chalayan exhibition titled ‘From Fashion and back’. We attended the exhibition and waited for its completion to write a tribute like piece to something that has truly marked our design/fashion point of view. Emphasis must be given.

Chalayan was born in Cyprus, he launched his label in 1994 and in 1995 his debut collection was shown in London Fashion week, where he won the first design award of Absolut Vodka, Absolut Creation. This current exhibition in London, captured his fast track journey and reminded us of his extraordinary concepts through these past years.

We have portrayed this journey through words, expressing how we understand and relate to these works.

This is Hussein Chalyan.

Inertia collection, Spring/Summer 2009.
Its inspiration was the importance of speed and how in our every area of life it has become the prime focus and essence, hence praising the short time needed to achieve something rather then the actual achievement. Dynamic forces were the meaning is on the garments themselves.

Panoramic collection, Autumn/Winter 1998.
This collection was inspired by a quote from Ludwig Wittgenstein ‘Whereof we cannot speak thereof we must be silent. It had a strong voice expressing the serious concern of loosing all individuality and just blending in to the environment. This was strongly expressed through the combination of camouflage of the face and the presence of mirrors duplicating all models and finally all looking as one.

One Hundred and Eleven collection, Spring/Summer 2007.
A series of garments throughout time influenced by the surrounding events such as wars, revolutions etc. The finale? an instant explosion. Garments that change from one era to another by the use of mechanical components within the dresses.

One Hundred and Eleven ( Spring/Summer 2007)

Ambimorphous collection, Autumn/Winter 2002
A collection showing strongly that everything has a past, an influence and an inspiration. All has a history and a purpose behind it. The show was opened by a model dressed in a traditional Turkish costume. Gradually every model that appeared on stage its garment would eliminate a part of the costume and would replace it by the use of black color, this lead up to the modernist black ‘Western’ Coat.

Place to Passage, October 2003
This is one of Chalayans masterpiece. Due to his passion for speed he was inspired by his visit to the Honda Formula One team and created with the designers Neutral his fantasy vision of a racing car. He took this model and created a digital journey from London to Instanbul. Through this journey the androgynous female passenger experiences the daily pleasures such as food purely robotic and deals with the overpowering feelings one would experience as they replay their memories.

Manifest Destiny collection, Spring/Summer 2003
Through this collection Chalayan expresses symbolism through the elasticity of the fabrics expressing the liberation of the body from Western Traditions. There is a loose element portrayed as a body with no inhibitions and a step further to actually seeing the body through holes in the garment.

When Chalayan exhibits or presents we simply get on our feet and get excited because we know that we will get inspired. Hussein Chalayan (fashion) design that stays with you.