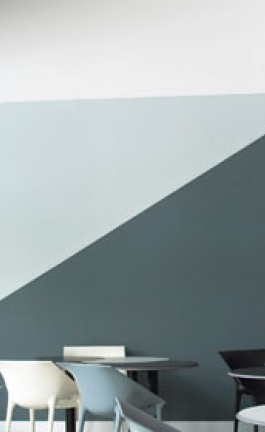 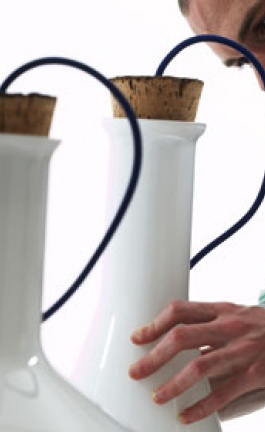 LA designer and architectural theorist Joe Day is the leader of Deegan-day design llc and serves on the design and history theory faculty at SCI-Arc (the Southern California Institute of Architecture).  Day's teaching and writing has focused on the themes of exhibition, incarceration, urban studies and the nexus of contemporary art and architecture.

Day’s current exhibition Blow x Blow at the SCI-Arc Gallery (960 East 3rd Street, Los Angeles) stages a competition between two trends in exhibition: the claiming of gallery space by architects, and the ceding of that space to the ambient possibilities of new media.  Day’s installation Blow x Blow derives first from the filmic relationship between script and projection - the former usually serving as the template or pretext for filmmaking, the latter its mode of delivery and final fruition.

In order to place the installation, the space of the gallery was laid out in the size of a regular prison cell as a 6'x7'x8' girded frame. That shape allows the right proportions to screen a televisual image on one face, and a cinematic image on the diagonal. The installation is built upon a matrix of 16 randomized vector paths where each third vector point was triangulated back to its origin to create a continuous, facetted surface. (a vector is a geometric object that has both a Euclidean norm length and direction).

A ‘braid’ of two of the vector paths supports two dual-screen projection areas.  Rather than simply blacking out the gallery, the spanning surfaces of the vector paths create a ‘grey room’ condition in which viewers may see each other, but projected images are shaded from clerestory exposure.

The title Blow x Blow alludes to the 1966 British-Italian film Blowup directed by Michelangelo Antonioni, the 1976 Gordon Matta-Clark’s exhibition Window Blowout and George Yu's earlier pneumatic installation in the SCI-Arc Gallery, also titled Blow Up.
Blow x Blow will host work by leading artists working in new media in a series entitled Friends of Friends. These informal discussions with groundbreaking artists working in new media will begin at 19:30 on Mondays in the gallery. Next Monday, 23 November, it will be Josh Melnick, with LAXART director Lauri Firstenberg and on the next Monday, 30 November, Sarah Morris, with graphic designer Richard Massey.

In addition to frequent publication of his design work, Day's critical writing has been featured in leading architectural journals.  He edited an AIA Award-winning monograph of Frank Israel (Rizzoli, 1992) and is currently assembling an LA Forum Reader.  Day served from 1995-2000 on the board of directors of the Los Angeles Forum for Architecture and Urban Design, and as its president in 2000.  He currently is a member of the SCI-Arc board of directors, and a director at the Keck Foundation.